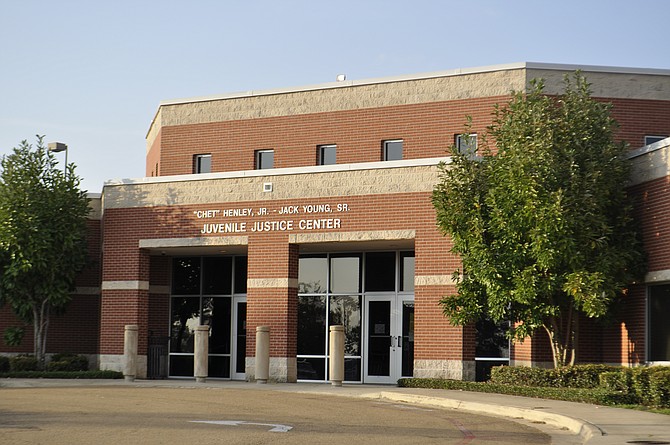 Changes are coming to the Henley-Young Juvenile Justice Center, and a local judge is not pleased about them. Photo by Trip Burns.

Skinner recently fired off a letter to a federal judge in Jackson saying that Hinds County officials are trying to usurp his authority over the detention and release of young people in the youth court system.

The most recent dust-up goes back to a federal class-action lawsuit that the Southern Poverty Law Center and Disability Rights Mississippi filed in 2011 alleging Henley-Young's staff members subjected the children to physical and verbal abuse.

A March 2012 agreement with the plaintiffs and the county requires children entering the facility are to receive mental-health evaluations, counseling, better rehabilitation options, input from family and advocates, and more time outside cells.

Under the agreement, a court-appointed monitor makes quarterly visits to the youth jail and updates U.S. District Judge Daniel P. Jordan on whether progress is being made. So far, that progress has been elusive and, earlier this year, Judge Jordan held Hinds County in contempt for the slow rate of progress.

Additionally, once a young person is adjudicated, the detention center is not allowed to hold youth more than seven days, and all youth must receive a hearing within 24 hours of being placed in Henley-Young's custody. Also, the new policy states that status offenders—repeat offenses that are not crimes, such as truancy, curfew violations and having or drinking alcohol—should not be housed at the facility for any reason.

Pieter Teeuwissen, the Hinds County board attorney, said the board adopted the policies to comply with the federal consent decree between the county and attorneys for the plaintiffs.

"Each policy adopted by the board was recommended by the independent monitor," Teeuwissen told the Jackson Free Press, referring to Leonard B. Dixon, a juvenile-justice expert from Woodhaven, Mich., that the county hired to perform the independent reviews of the detention center.

Adopting the policies, which should help reduce the number of detainees, will help with facility management, he said, which continues to suffer from staff shortages and leadership changes.

The county hired Frank Bluntson, the facility's former, and controversial, director and a former member of the Jackson City Council, as a consultant to oversee the day-to-day operations for about six months. This came after demoting Brenda Frelix, who became the center's director in September 2013 and is the wife of county public-works director Carl Frelix.

"In my discussions with Mr. Bluntson, he explained that he will be working with the facility to assist with organizing and developing systems that would ensure compliance with the provisions of the consent decree," Dixon wrote in his most recent monitoring report in August.

"However, in my professional opinion, the facility is again struggling for a sense of direction. In my interviews with staff, they are confused and apprehensive about the direction the facility is going and wonders if there will be stable leadership in place."

For a time, the board of supervisors thought Skinner himself might be a solution to its leadership woes, transferring operations of Henley-Young to Skinner's control, but the courts had previously determined that Skinner could not oversee both the youth court and the detention center.

Just before the Nov. 4 election, Skinner, who did not return phone messages for this story, made headlines when a video surfaced of him reportedly cursing about Frelix and Bluntson on the telephone and in the presence of a juvenile.