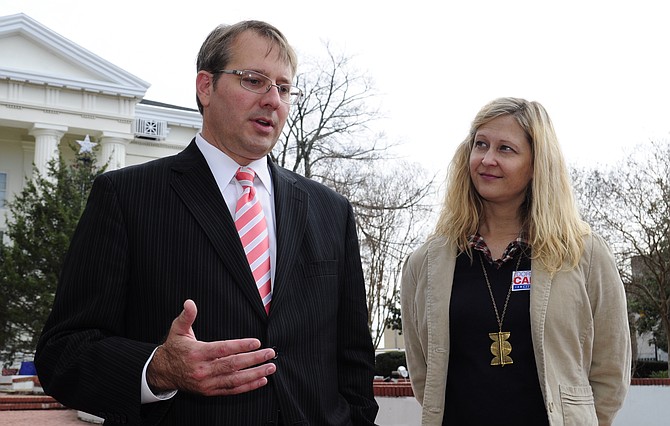 Dorsey Carson, one of two candidates running to fill the Jackson Ward 1 seat, is taking his opponent, investment advisor Ashby Foote, to the mat over Foote's history of not paying his income taxes.

"We don't believe anybody should hold public office that owes the taxpayers money," Carson told the Jackson Free Press today.

Foote said he has paid all but the most recent lien, which he is paying off over three years. In several interviews, Foote has said the tax bills resulted from his investment firm, Vector Money Management, taking hits during times of national economic slowdown and that he made the decision not to lay anyone off at his small firm of three employees, including himself.

Carson believes Foote's $75,000 tax bill likely resulted from Foote earning personal income in the hundreds of thousands of dollars. Carson released five years worth of joint tax records with wife, Susan, and called on Foote to do the same to give voters a clear picture of the candidates' finances.

Documents provided to reporters show the Carsons had $229,638 in adjusted gross income in 2013; the couple gave $11,532 to charity. Carson said he decided to make the financial disclosure and issue the challenge because Foote is campaigning as a fiscally conservative and responsible candidate.

Carson believes the fact he drives a 10-year-old sport-utility vehicle and founded his own law firm, The Carson Group, with personal savings, is evidence that he is the better financial manager and calls it "offensive" that Foote is running on a fiscal responsibility message for the Dec. 16 runoff.

"You can't convince me that a fiscally responsible person who lives in a big house and drives a very expensive car cannot buckle their belt and pay taxes that you and I have to pay," Carson said, referring to Foote's Hummer H3 and home on Calnita Place.

"These are the same taxes that fix our streets, that fix our infrastructure. So he's robbing us. He's robbing the taxpayer. It's the money that goes into our education system. It's money that goes to pay cops and firemen. And yet he wants us to send him to City Hall to manage a budget that's in need of some fiscal responsibility at a time when he's not doing it himself personally."

Calls to Foote's cell phone this afternoon were not immediately returned.