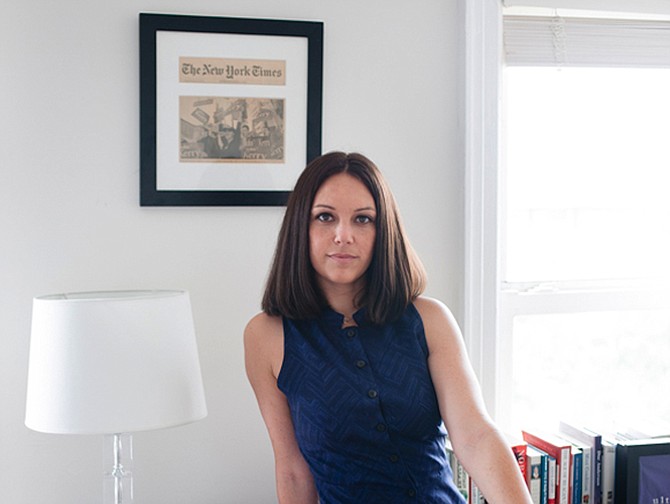 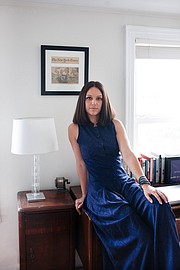 Shaunna Thomas, co-founder of the women’s rights activist group Ultraviolet, works on campaigns to create costs for sexist behavior. She is impressed with the work that the Women’s Foundation is doing in Mississippi, where the state of women is poor. Photo courtesy Ultraviolet

When instances of sexism hit the national news, members of the women's rights activist group Ultraviolet get a notification. From there, they can take action by signing a petition saying, "that's not O.K."

Shaunna Thomas, Ultraviolet cofounder, says her organization creates costs for sexist behavior. In 2013, the group gathered enough support to pressure Reebok to drop its contract with rapper Rick Ross, who released a song with explicit lyrics bragging about drugging and raping women.

On Dec. 2, Thomas travelled from Washington, D.C., to visit the Women's Foundation of Mississippi's annual meeting to speak about the work she has done to help women achieve equality and live better lives.

Thomas has both worked on national legislation, such as the Violence Against Women Act, and on local policy in larger cities. Her organization has raised money for the Jackson Women's Health Organization, the last abortion clinic in Mississippi.

Obviously, Mississippi is a very conservative state, and the treatment of women is poor. Are those two things correlated?

They just are. It'd be really, really tough to debate that. There's a very direct line between the policy that they pursue and the laws they pass and the reality of women's lives in the state—whether it's making sure that they can't have access to reproductive health care, or they don't have access to the best and the most comprehensive education, or any education.

What are the top issues facing American women?

The issues that we know that impact women's lives very directly, also in a very structural way, I would put in three categories. One is sexual assault and violence. One in four women will be a victim of sexual assault or violence in their lifetime. That's outrageous, right? It absolutely impacts their work life, their health, their psychological health. And the fact is, we have a deeply embedded culture of protecting rapists. We tend to put the accuser on trial before we accept what she's saying. ... We would rather protect the accused.

The other is access to reproductive health-care services. Certainly there is a right—although that is constantly under threat—for women to have access to abortion and birth control. But if they can't access that service, if they can't afford it, if there isn't a clinic within even 100 miles of where they live, which is the case for millions of people, it doesn't matter that they have the right. We all know what kind of impact that has on women when they cannot control when and with whom they have children.

The Women's Foundation focuses a lot on teen pregnancy. Is there anything that you're doing to work on that through Ultraviolet?

You highlighted how Ultra - violet tries to create a cost for sexist behavior—get people in trouble. I wish there was something we could do to change people's minds—to not be sexist because it's the right thing to do.

Wouldn't that be nice? That would be awesome. But the fact is that if you ask most people, if you ask Rush Limbaugh, if you ask the CEO of AOL, "Do you think women are equal to men?" The answer is yes. The problem is the incentive. We can't reach into the hearts and minds of these people and know—we can have suspicions around where they're coming from: they're threatened. They don't want to lose their jobs. They actually believe that women's places are in the home.

We can't rely on people's better nature to do the thing that's right. And we can't wait anymore. There are just too many women who are being left behind. There are too many women whose lives have been ruined, or who have lost their lives because of the kinds of policies and the kind of culture we have.

So yes, there's lots we can be doing. But we have to be creating the right incentive, and sometimes that means creating disincentive.

How do we empower women, especially young women, to recognize sexism, especially in our culture where it's so prevalent in the media?

And it's so insidious ... It's about trusting the stories of the women around you. It's about trusting other women. When they say to you, "I think that I might not be being promoted at work because I'm a woman," take that seriously. When a woman says, "I was sexually assaulted," don't ask her what she was wearing. When you read a story about a group of women who are restaurant workers, half of whom are mothers who are earning $6 hour without health insurance, trust them when they say that the way that they are treated is inhumane, maybe illegal, and that they need you to help them improve their own lives.

How has the news with Bill Cosby played a role in this mobilizing movement and influenced public opinion?

Well, we'll have to see how it influences public opinion. But I'm so excited. It's awful, the things that he has done and the stories that have been told. ... However, the fact that when that information came to light, not only was his show canceled but almost all his public appearances, for the year maybe, speaks to how much momentum we are having ... I mean we, as women, who are working collectively on college campuses, at work, at home, wherever to say, 'No, that's not O.K. anymore.'

We have an epidemic of rape and sexual assault in this country, and just because you're famous doesn't mean you get to get away with it.

How do we make sure that social media doesn't get in the way of actual activism and engagement?

There is a difference between people who get together in a living room or a community center and talk about the issues that are impacting their lives directly and develop a plan together and act out that plan together. That is fundamentally different than a community of people online all deciding to sign a petition. They have to work hand-in-hand. ... People being primed and ready to click something depends in a very big way on community organizers who have been organizing people for decades around issues. ... That work has to continue.

I don't think that there are very many people who click something and then say, 'Oh, I guess I don't need to go to that community meeting now.' I think people who are just clicking something are either a) because they've been inspired to participate in that singular thing, and that's what's motivating them ... or they're really effing busy. They've got like three kids and four jobs, and this is what they can do.

Organizing fundamentally is about moving people where they are. ... We can do both.