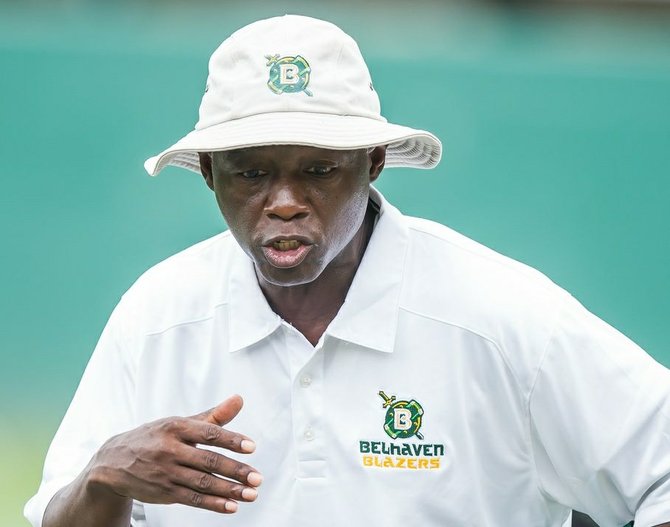 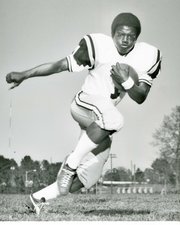 "Willie was humble. He was caring. He was thoughtful. He was loyal. He loved young people and cared deeply about the young people he taught and coached ... Above all else—and this goes back to his days as a 140-pound halfback—Willie was courageous," Mississippi Sports Hall of Fame and Museum Director Rick Cleveland said this morning at the funeral of his friend, Willie Heidelberg.

Heidelberg died Tuesday, Oct. 15, in Jackson of an apparent heart attack. In some ways, Heidelberg's courage is best exemplified by an event in 1970 when the University of Southern Mississippi defeated Ole Miss 30-14 in what stands to this day as one of the biggest upsets in Mississippi history.

The then-20-year-old Heidelberg was the only black player on either team. In fact, he was the first African American football player at any of the Mississippi's three historically white major college football programs.

Heidelberg eventually moved to Jackson and took a job coaching at Belhaven College. Many Jacksonians will remember him as the official scorekeeper for the high school basketball championships at "the big house."

"Willie Heidelberg was a football pioneer," Cleveland—who spoke at Heidelberg's funeral—said. "He paved the way for others, for future generations. He showed white and black folks alike that they could play and work together and be better off for it."

Dr. Roger Parrott, president of Belhaven University—where Heidelberg was the running back coach for the Blazers—said in a press release that it would be hard to imagine Belhaven football without Heidelberg.

"He's been there since the beginning, and has been a voice of significance in the life of every Belhaven football player," Parrott said. "I always knew we could lean on Willie because he honored the Lord in everything he did as he cared for our players. He was a winner every single day."

Rick Cleveland said he once asked Heidelberg, forty years after the big game against Ole Miss, whether he understood the kind of history he made that day in Oxford.

"No," Heidelberg replied. "All I wanted was a good education and a chance to run the football."