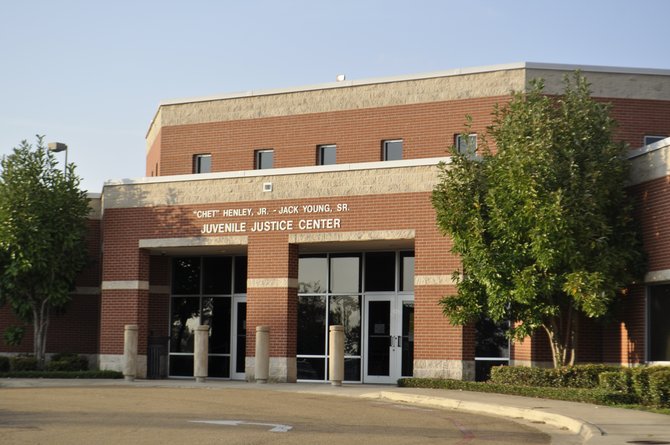 The Henley-Young Juvenile Justice Center will likely not be in full compliance with a 2012 court order to improve conditions at the facility by the time the order expires in the spring. Photo by Trip Burns

They say breakfast is the most important meal of the day.

This is especially true for children, whose bodies and minds need large quantities of healthy food to grow strong. In that way, many of the problems of the troubled Hinds County Henley-Young Juvenile Justice Center start with the first meal of the day.

"I observed oatmeal that was provided to the residents that was cold, hard and flat and had no liquidity to it; if it were any harder it could be served as an oatmeal cookie," wrote juvenile-justice expert Leonard B. Dixon in a recent report.

Dixon, who is headquartered in Woodhaven, Mich., was appointed to oversee implementation of the legal settlement between kids and Hinds County. The Southern Poverty Law Center and Disability Rights Mississippi filed a class-action lawsuit in 2011 that alleged Henley-Young's staff members subjected the children to physical and verbal abuse. Under a March 2012 agreement, children entering the facility are to receive mental-health evaluations, counseling, better rehabilitation options, input from family and advocates, and more time outside cells.

The overseer has visited the center five times and issued five less-than-glowing reports on the county's compliance with the lawsuit. On a trip to the center from Aug. 18 to Aug. 23, he noted complaints about the food quality at Henley-Young. Dixon said just about every kid he talked to said meals are often served cold, including the aforementioned oatmeal.

Dixon's latest court monitoring report shows that Henley-Young still has "major developmental needs in many areas," including keeping enough staff to serve the approximately 84 child residents as well as provide training for the existing staff. Dixon added that he witnessed training not in alignment with juvenile-justice standards.

"As I sat in on several parts of the training, I found the majority of the training was aligned with adult corrections," he wrote. "Although this training may be adequate for adult facilities, in the juvenile system training is required so that staff will have the skills to effectively interact and manage residents."

Corrie Cockrell, a staff attorney with the Mississippi SPLC, said the U.S. Constitution affords children rights that adults do not receive and that juvenile facilities require specialized training. "Training that officers receive to work with adults may be fine, but if that same training is supposed to provide juvenile-detention officers what they need to work with juveniles then that just doesn't get us there," Cockrell said.

The agreement with the plaintiffs ends in March, but Cockrell said attorneys could seek to extend its terms, either through the courts or negotiations with Hinds County.

"Even though the facility has hired new staff, the results of attrition still leave the County far short of the needed staff to properly run the facility," Dixon wrote. This creates pressure for staff members to keep the peace at all costs, and they often "react to minor misbehaviors" by "locking down residents that present potential conduct issues."

In September, Henley-Young brought on a new director when Brenda Frelix took over for Dale Knight, who took the post in 2010. Frelix, who is married to Hinds County public-works director Carl Frelix, has not responded to interview requests.