A New ‘View’ for Downtown? 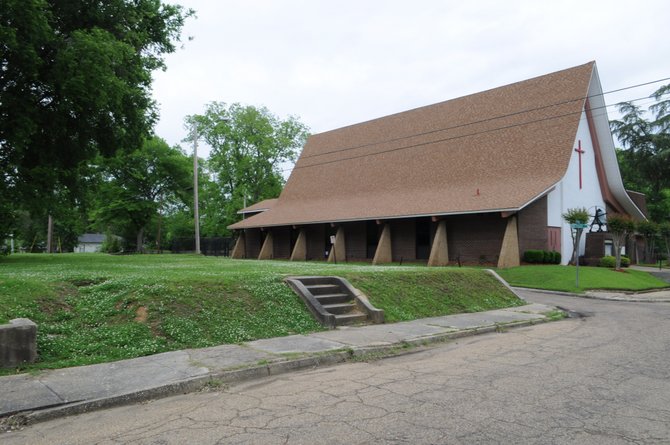 Property that Mt. Helm Baptist Church owns might soon become home to a new townhome development that could erase blight in the downtown neighborhood. Photo by Trip Burns

Developers of a proposed development and a local church are working on a deal that could bring a new development to downtown.

Oxford-based Chartre Consulting Ltd., which builds and manages market-rate homes for low-income in families in Jackson and around Mississippi, is negotiating to acquire land from Mt. Helm Baptist Church to build an 88-unit development in the historic Farish Street District downtown.

The Rev. C.J. Rhodes, Mt. Helm's pastor, said the neighborhood is blotted with dilapidated shotgun-style homes. He believes the project could help eliminate some of the blight and increase density with professionals.

"There's been so much talk about Farish Street proper, but there was no conversation about housing, about neighborhoods, creating family and quality of life," Rhodes said.

Previously, Chartre was working on a plan to build the development, known then University Place and University Place II, along Dr. Robert Smith Parkway. When those plans ran into neighborhood opposition and failed to meet city zoning requirements, Chartre started looking elsewhere.

Now called Capitol View, the project will be helped along with low-income housing tax credits from the Mississippi Home Corporation. The Internal Revenue Service allows state housing agencies such as MHC to award developers up to $750,000 in tax credits per project based on a scoring system. Investors then purchase the credits to use toward their federal tax bill each year for a decade, making Mississippi's yearly allocation of about $6.8 million in housing credits worth $68 million to investors.

Rhodes believes that the project would make the area attractive to veterans, senior citizens as well as public-service and health-care sector professionals who want to live in the downtown area but might not able to afford some of the pricier downtown living options.

"Our vision is you want people to be in the community who can enhance the community," Rhodes said, adding that the church's trustees want make sure Chartre meets certain quality benchmarks before finalizing a deal to sell its land to Chartre.

David Kelly, a consultant with Chartre, says neighbors have nothing to fear when it comes to the quality of their developments. Chartre's Forest Hills and Timber Falls developments, which the company built using low-income housing credits in south Jackson, average 1,750 square feet per unit compared to other housing tax credit developments in Jackson that average closer to 1,200 square feet.

Kelly said Chartre is able to build higher quality for less money because the firm is vertically integrated, meaning the company is the developer, the construction company and the property manager. Between the two subdivisions, located off Raymond Road, 325 residents pay up to $792 per month for a four-bedroom home. Residents receive the option purchase the home after 15 years with no credit check or closing costs, Kelly said.

Residents must abide by the developments' strict rules. Children are subject to a 9 p.m. curfew, for example, and residents may not have their utilities cut off for longer than 24 hours. Violations of either may result in lease termination. Chartre also forbids political candidate yard signs.

On the other hand, the developments offer some unique amenities gear toward its target low-income market, including high school equivalency programs, a computer center, workforce training, nutrition and health programs as well as facilities for special events that residents can use for free. All of those community benefits helps stabilize families, Kelly said.

It isn't a completely altruistic enterprise, Kelly admits. "We wouldn't be able to do this if we didn't make money but because we do so much good, it makes it worth it," he said.