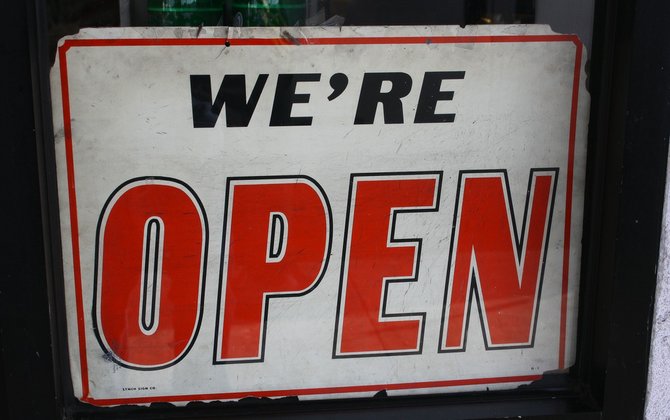 Small-business owners are unsure what the Affordable Care Act means for them. Photo by Trip Burns

Jeff Good has crunched the numbers. The Jackson restaurateur has consulted with attorneys specializing in labor-relations and health-care law and ordered extensive reports from the firm that processes payroll checks for his companies' 205 employees. Recently, Good traveled to Washington, D.C., for the U.S. Small Business Administration's Small Business Week event that featured an hour-long panel dedicated to answering business owners' questions about how the federal health-care law will affect their companies.

"The bottom line is that there are still a lot of questions," Good said. "Nobody knows what the deal is."

Good is not alone in his confusion about the Affordable Care Act. Starting Jan. 1, 2014, the law requires individuals to obtain health insurance or face tax penalties. The law also makes employers share the responsibility of insuring their workers by requiring certain businesses to offer health-care coverage or pay Internal Revenue Service penalties.

The law requires that businesses with more than 50 full-time equivalent workers, or FTEs, offer their employees health insurance or be penalized $2,000 per FTE, although the law exempts the first 30 FTEs to soften the blow. To provide an incentive for businesses to offer employees insurance, the health law also gives small businesses a tax credit worth 50 percent of employee premiums; starting next year, the credit will be worth 35 percent of the premium costs for tax-exempt workers.

It sounds straightforward, but business owners say figuring it all out has been a nightmare. For one, the U.S. Department of Health and Human Services will not publish the rules for administering the ACA until the end of July, leaving small businesses in limbo to sort through the complex law.

Supporters of the health law say both workers and small businesses--and by extension, Mississippi's economy--will benefit from the health law. A recent report from the Washington, D.C.,-based Small Business Majority points out that 61 percent of small businesses nationwide already offer their employees health insurance. Small businesses account for 49 percent of Mississippi's private-sector jobs. Expanding Medicaid would add $673.8 million in labor income, which includes wages and benefits, to the state economy and level the playing field between small businesses that struggle to compete with larger companies that can afford to offer health insurance benefits.

Rhett Buttle with the Small Business Majority said small businesses--like everyone else in America--have received a deluge of political information about the ACA, which has made it difficult to understand how the law affects them.

"They're not getting that 'where-the-rubber-meets-the-road' information," Buttle said.

If lack of clarity at the federal level did not present enough challenges, uncertainty about the future of Mississippi's Medicaid program--a main ingredient in the ACA's success--is further muddying the waters for businesses in the state. Mississippi lawmakers are divided about expanding Medicaid to provide health insurance to more than 300,000 Mississippi residents.

Lately, the debate has devolved into all-out partisan warfare. In recent weeks, legislative Republicans and the Mississippi Republican Party have blitzed the Internet and social media with anti-Obamacare messages ahead of the state's July 1 Medicaid reauthorization deadline.

At odds over whether the state should expand Medicaid under the ACA, lawmakers couldn't come to a consensus on renewing Medicaid before the legislative session ended this spring, leaving the future of the program up in the air.

Republican Gov. Phil Bryant, who opposes Medicaid expansion, said previously that he would run the program himself if Democrats, who support the expansion, refuse to back down from their request for a legislative debate on the subject.

Bryant and other Republicans accuse Democrats of standing in the way of Medicaid's reauthorization.

Hood's opinion this week relies on a similar opinion the attorney general issued in 2009, which states that "a governor cannot create or re-create a state agency that has been repealed by operation of law, nor can a governor divert funds which may be appropriated to a statutorily repealed agency to some other agency."

Some business-owner questions could be answered soon. Bryant called a special session of the Legislature for Thursday, June 27 at 10 a.m.