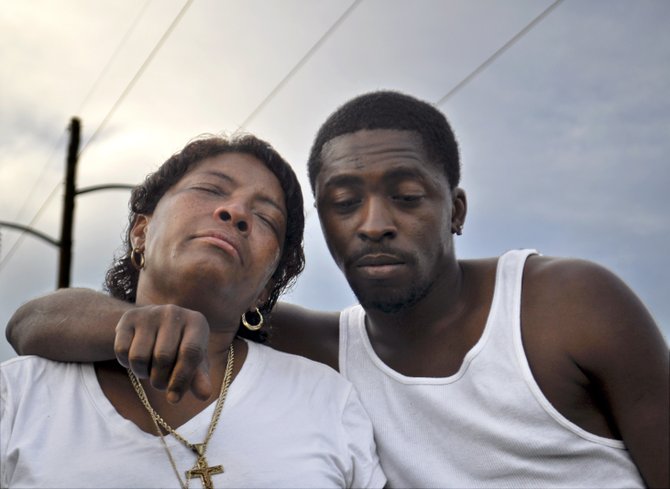 At around 3 a.m. on the morning of July 21, a resident reportedly called 911 to report gunshots in the Virden Addition. It wasn't the only shooting reported that night. In fact, hearing gunshots is common in the west-central Jackson neighborhood, and people report them frequently. Two hours after the emergency call, a walker flagged down a patrol car to report two bodies lying in a ditch near the corner of Redmond Avenue and Gun Street.

Those bodies belonged to Jason Murphy and Albert "A.J." Barber Jr. The boys went to different high schools—16-year-old Murphy to Murrah, 17-year-old Barber to Lanier—but were inseparable, always hanging out at each other's houses. On Facebook, the boys "liked" each other's photos.

The murders have confounded Jackson police and the people close to Barber and Murphy. Police have identified neither suspects nor a motive for the killing. Family members say they were good kids. Four days after the killings, more than 300 people from the neighborhood, including Murphy's and Barber's families as well as community leaders, gathered near Walton Elementary School to celebrate the short lives of both young men and to call on neighbors to help police solve the murders.

Cherry Abron, a cousin to Murphy who grew up in the area, does not believe neighbors are stonewalling the police. She calls it an inexplicably random crime against two unarmed kids.

"It's not that they're not talking—nobody has answers," she told the Jackson Free Press.

Virden Addition, which has a reputation as one of the capital city's toughest neighborhoods, is constantly battling misperceptions of the area. While the overall crime numbers have been trending down in Jackson for some time, Precinct 3, which includes the Virden Addition, has the fewest number of total violent and property crimes of the city's four police precincts.

Pam Greer of the Stop the Violence Campaign, which organized the vigil for Barber and Murphy, said people erroneously assume that neighbors turn a blind eye to the problems that take place in the neighborhood, which sometimes includes homicides.

Greer, who also lives in the area, said she gets requests every week from families asking her help to organize small, intimate vigils. The family rarely asks Greer to invite the local news media, which she believes feeds into the fallacy that black communities ignore the problems in their own backyard. That became a popular meme during the second-degree murder trial of George Zimmerman in Florida.

"Most people don't recognize what goes on unless the news media is there," Greer said. "But it's hard. I don't want people to think we're doing this just for the media attention."

David Archie, another community activist who attended the vigil, said he would request a meeting with Hinds County Sheriff Tyrone Lewis to have Lewis' deputies patrol the neighborhood, adding another layer of law enforcement to the existing presence of the Jackson Police Department. Archie, who is a candidate for District 2 supervisor, said he located his campaign office in the Virden Addition to highlight the persistent problem of what he terms "hard-core crime."

In the meantime, people who knew Barber and Murphy are still coping with the fact that the teenagers hardly got a chance to experience life.

"Everybody is grieving; everybody is sad," said Barber's cousin, Xavius Levy.