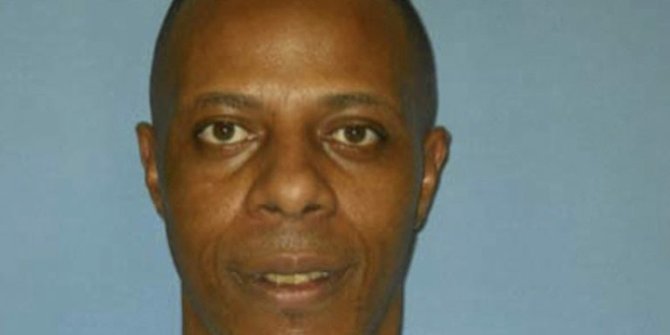 The Mississippi Supreme Court has paved the way for a death-row prisoner to have an important DNA hearing. Photo by Courtesy DOC

Willie Jerome Manning, who came within hours of being executed in May, could finally get an opportunity to have DNA testing on key pieces of evidence from his murder trial.

Manning received the death penalty for the December 1992 killings of two Mississippi State University students: Tiffany Miller and Jon Steckler. Miller was shot twice in the face at close range, one leg was out of her pants and underwear, and her shirt was pulled up. Steckler's body had abrasions that occurred before he died, and he was shot once in the back of the head. A set of car tracks had gone through the puddles of blood and over Steckler's body, court documents state.

Police arrested Manning in part because he lived five miles from the crime scene and had tried to sell jewelry that officials said belonged to Miller and Steckler. An Oktibbeha County jury convicted Manning of the murders in 1994.

In the days leading up to Manning's execution date, the Federal Bureau of Investigation twice admitted that investigators overstated the scientific significance of evidence during Manning's original trial in letters to the courts and Oktibbeha County District Attorney Forrest Allgood, who prosecuted Manning.

Prosecutors maintained, however, that Manning sold several items that belonged to the victims and that bullets Manning used for target practice matched bullets recovered from the bodies of the victims.

On May 6, the FBI letter stated: "The science regarding firearms examinations does not permit examiner testimony that a specific gun fired a specific bullet to the exclusion of all other guns in the world."

Despite granting Manning permission to have the FBI test the forensic material, the Mississippi Supreme Court denied Manning's motion to set his conviction aside.

I am in total agreement. We have had far too many executions in this country that were later proved to be of innocent men and more specificially, black men.