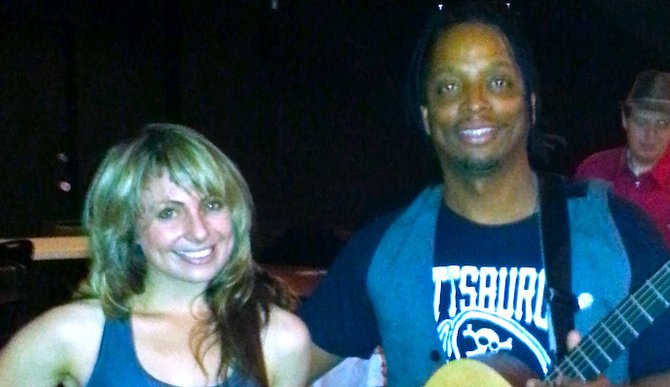 Here are some facts to get you ready to hear one of Jackson's newer duos, Wink and the Signal, at Chick Ball. Find the band on Facebook and Soundcloud.

• Wink and the Signal's first performance was in August 2012 at the Thunderbird in Pittsburgh.

• The duo is Lydia Bain of Madison and Barrett Black of Pittsburg. They perform violin, guitar, cello and soul vocals.

• The two first met at a jazz venue in Pittsburg where Black heard Bain sing. Later, he heard her playing violin in a practice room at Duquesne University where she was studying.

• "We are the first afro-country band in America," Black says. Black describes the music as "a mixture of soul vocals with music Americana with a reggae tinge sprinkled with Celtic rock."

• Be ready to get involved with the show with lots of "call and response, audience engagement, and foot-stomping fun," Black says.

• "Our music is positive and productive change for the betterment of people and society," Black says. "We just want to be a positive force."

• "People that give up everything they know for fame--for a fleeting time in the spotlight," Black says about the message behind their song, "Dandelion Fields." "They'll give up what they believe in ... all for a shot at this fleeting stardom that may or may not even come."

• They will release an EP, "Pastel Skies in July," later this year.