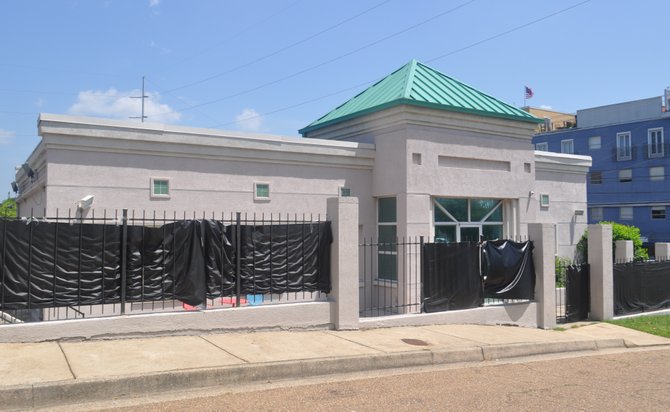 As of today, the Mississippi State Department of Health has not inspected the state's last abortion clinic to determine whether the clinic is in compliance with a state law Gov. Phil Bryant signed last spring requiring the clinic's doctors to have hospital admitting privelages. Photo by Trip Burns.

As of today, the Mississippi State Department of Health has not inspected the state's last abortion clinic to determine whether the clinic is in compliance with a state law Gov. Phil Bryant signed last spring requiring the clinic's doctors to have hospital admitting privelages.

But when the inspection does take place—sometime in the next few days—the clinic will fail. That would trigger a series of administrative procedures that could shutter the clinic as early as March.

Michelle Movahed, attorney with the New York City-based Center for Reproductive Rights, which is representing Jackson Women's Health Organization in a legal fight against the state, said the clinic wants the court to intervene before the state's administrative process gets under way.

After finding that the clinic is not in compliance, MSDH could issue a notice of intent to revoke JWHO's license, which the clinic can appeal.

"There's no question," Movahed said of the clinic's inability to get admitting privileges. "It's a foregone conclusion."

According to court documents filed last fall, the clinic applied for admitting privileges to seven central-Mississippi hospitals and all seven have rejected them.

Dr. James Shwayder, the new obstetrics and gynecology chair at University Medical Center in Jackson, sent the clinic a letter signed "warm regards" that states: "The medical staff of University Hospital is only accepting applications from physicians who are employed faculty of University of Mississippi Medical Center."

In a filing submitted Friday, the state asserts that having admitting privileges is "beneficial to protecting the health and safety of women receiving abortions." JWHO contends the admitting privilege requirement is unnecessary, representing a barrier to women's lawful rights to abortion in Mississippi. JWHO performs the overwhelming majority of abortions in the state, Movahed said.

"So clearly—and this is understating the case—closing the clinic would significantly reduce (abortion) access for women in Mississippi," Movahed added.