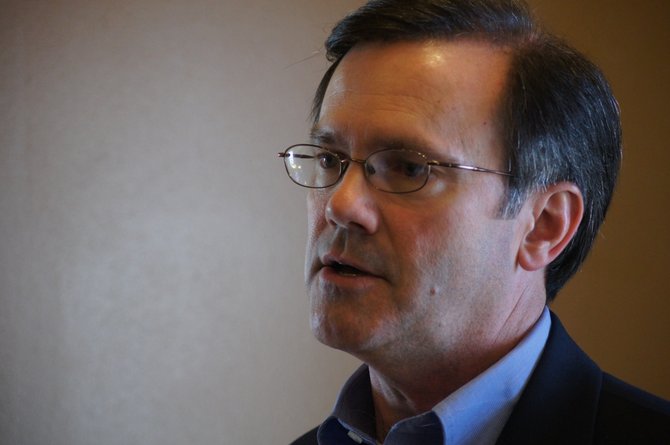 Mississippi's legislative leaders promised a whirlwind session heavily focused on education issues. Based on the volume of education-related bills flying out of the Capitol, they appear to be achieving that goal.

Reeves and Gunn held a news conference Wednesday to promote the plan and Bryant released a statement endorsing it. All three are Republicans.

"I think it's going to make a huge difference long-term in improving the overall educational performance of our citizens," Reeves said.

In 1990, under Gov. Ray Mabus, the Legislature passed a pilot pre-kindergarten program, but never funded it.

This year, bills in the state House and Senate call for creating public-private collaboratives that would include public school districts, Head Start programs and private child-care facilities along with business organizations. The groups could apply to the state Department of Education for money to pay for teaching 4-year-olds in schools that meet certain standards. The state would put up half the money, and local groups would raise the rest.

"Any incremental change will help us along the way," Fitzgerald told the Jackson Free Press.

While Fittzgerald supports the early childhood efforts, she is still concerned about another plank of the GOP's education agenda--expanding charter schools in Mississippi. Both chambers of the Legislature passed charter-school bills, but they have many differences that will need to be worked out in a joint House-Senate conference committee.

Forest Thigpen, president of the conservative Mississippi Center for Public Policy, addressed the suspicions of people who have been cold to charter schools during a Friday-morning forum at Koinonia Coffeehouse. In Mississippi, the doubters have mostly been Democrats and key democratic constituencies such as African Americans.

"I absolutely understand it," Thigpen said of detractors' reservations over conservatives' newfound concern for the wellbeing of African American children.

In Thigpen's view, competition and giving parents more options are good things. Introducing charter schools, which have more flexibility in developing a curriculum, would put pressure on traditional public schools to perform better, he said.

Pastor Lionel Traylor of The Epicenter Church in Jackson said he's worried about the fact that charter schools would suck money from public-school districts such as Jackson Public Schools, where five of his children attend.

In the bills now under consideration at the Capitol, charter schools would receive the per-pupil federal, state and local funding instead of the money going to the public school district. Supporters of public schools, which should be funded under the Mississippi Adequate Education Program, argue that the Legislature's repeated underfunding of public schools have not given the schools the ability to succeed.

Traylor does not buy into Thigpen's argument that charter schools will make public schools better by offering competition.

"Competition is good only if the playing field is level," Traylor said.