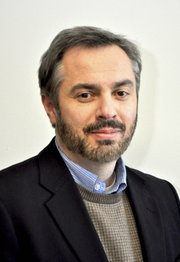 From my window at the Jackson Free Press' new office—now on the 13th floor of Capital Towers—I look east. Hal and Mal's, Martin's and Jaco's Tacos are in the middle distance; City Hall, the Chamber building and Underground 119 are in the foreground.

It's an interesting vantage point when compared to my old office, which had expansive views of its own—Rainbow Plaza, Fondren Public, Fondren Corner, 3000 Old Canton—if only from the second floor.

In Fondren, I witnessed some amazing development over time—the Fondren Corner building went from being a salmon-colored shell to a thriving mixed-use building in the heart of the arts district. Fondren Place emerged for retail and business offices, Duling Hall was converted into one of Jackson's premiere music and event destinations, the 3000 Old Canton building got a makeover. And, over the past decade, some of Jackson's best restaurants, bars, and retail establishments have sprung up or relocated to the neighborhood.

The downtown I'm looking out on right now reminds me, a little, of that Fondren a few years back. A decade ago, Fondren wasn't exactly empty. It had Rainbow Co-Op and Cups, Walker's, Que Sera Sera, whatever Ron Chane was calling his spot—and a lot of hope and promise.

It also had an idea of where it wanted to go—and a visionary helping make it happen, the inimitable Camp Best—as well as a desire to welcome all comers and to make it happen not just as a government or planning project, but as an all-hands-on-deck venture where lots of folks fit into the scheme.

All over downtown, today, I see the stalwarts and pioneers—Hal and Mal's, Martin's, Steve's Deli, the Mayflower, the Elite, the Mississippi Museum of Art—mixed with the folks who joined in the past few years and have served as signs of Renaissance: Underground 119, Club Magoo, Jaco's Tacos, Basil's, F. Jones Corner, Adobo and many others. Add to the list places like Parlor Market, La Finestra and Iron Horse Grill that are trying something very hard in downtown to keep (or draw) folks here for a sit-down dinner at night. They deserve our praise and our business.

There are other signs of downtown progress as well. The aforementioned Iron Horse is another check on the list of King Edward-like projects we never thought we'd see happen. There's the continued expansion of Jackson State University's campus as it slowly and inevitably marches toward downtown, eating everything in its path. (I'm reminded of our neighbors to the east who call UAB the "University that Ate Birmingham.")

The two-waying of Capitol Street is considered smart development that, hopefully, won't kill the businesses on Capitol Street in the process. And ground has truly broken on the Museum of Mississippi History and the Mississippi Civil Rights Museum—trucks are even over there moving dirt!—offering the promise of tourism and cultural bounty in years to come.

So what's missing? My biggest concern for downtown right now is that there aren't enough Kristin Leys down here, yet—and that the vision and infrastructure doesn't exist to encourage them. Ley is the young entrepreneur behind Thimblepress, a business that makes letterpress gifts, cards, home goods and other creative fare. Her storefront on State Street, and Lesley Frascogna's neighboring floral shop, Tulip, are prominently located across from the Old Capitol Museum. The local visionaries are nonetheless surrounded by "for rent" signs and, primarily, abandoned law offices.

In cities around the country, the focus for downtowns is on small business—not big projects. Looking back on 2013, it seems to have been a year—an election year, naturally—that got Jackson too focused on "big solutions," as opposed to the day-to-day, nose-to-the-grindstone style of solutions that really make a difference in redeveloping an arts district—or a downtown.

In Las Vegas (http://downtownproject.com) they're developing their version of the Sun and Sand (it's called Ferguson's Motel) into a small retail hub, creating a "peaceful oasis" of arts, music, food and retail.

One spot in the development is being used for a business-plan contest; the winning concept will get the space rent-free and financial backing for their venture.

Also in Las Vegas (which, granted, has $350 million of the Zappos founder's money that they're playing with), they have First Friday downtown, a happy hour that acts more like a co-op and art market, encouraging food sellers, artists, crafts vendors and so on. There's even a Kidzone from 5-9 p.m. and live music.

"Pop-ups" are happening all around the country with property owners allowing small entrepreneurs to use their space for a limited amount of time, ranging from hours to months. The businesses—often small retail, boutiques, art galleries or single-focus food shops—can learn if they're viable, while property owners generally get a little improvement done to their space and a chance to "stage" a building for sale or rent to a more permanent tenant.

Beyond the pop-up is the incubator—I've written before about Little Rock's River Market Pavilion, where small businesses start in kiosks with some capital funding and mentoring to provide a great lunch (and evening music) spot while figuring out if they've got the chops to expand into a restaurant or retailer. Columbia, Mo., has the "Downtown Incubator" that gives cheap rent, meeting rooms, video conferencing and business classes—plus access to the "League of Innovators" who mentor new businesses to help them thrive. T-Rex in St. Louis is similar, offering cheap space, collaboration opportunities and access to mentors and advisers, including one of the founders of Square.

This year, Fondren is a Best of Jackson finalist in categories like "Best Tourist Attraction" and "Best Reason to Live in Jackson." And it doesn't have a water feature, an arena, a festival park or a convention hotel. Not that those things would hurt—they just aren't necessary for getting started on a neighborhood's renaissance. What is necessary? Focus on your locals.

As we look ahead to 2014, my hope is that we can rally a little creative capital, some dedicated business minds and some best practices from other cities that focus on building small businesses in Jackson. It's not that hard, but it does take leadership, persistence and an ability to change some minds about "how things have always been done."