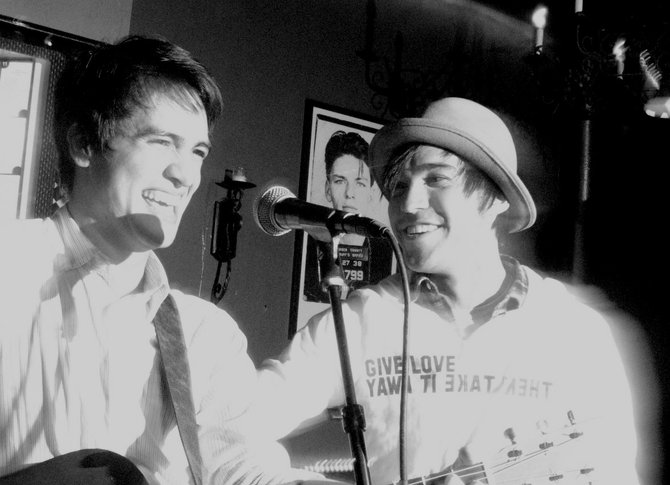 A dually beneficial relationship between musicians, such as Pete Wentz and Brendon Urie, is often the foundation for lasting success.

Musicians have always formed connections with their contemporaries, whether it be bitter rivalry, close-knit brotherhood or something between the two. With The Beatles and The Rolling Stones, for instance, cries of jealousy, backbiting, and defamation—which Mick Jagger and George Harrison egged on with winking jabs in interviews—have existed since their formative years.

Yet, when it came time to recognize The Beatles' worldwide success with an induction into the Rock and Roll Hall of Fame, Jagger took the stage with humility and fondness for the "Fab Four." He considered them nearly equivalent opposites and said without The Beatles, there would be no Rolling Stones.

Modern music often falls into a similar pattern wherein one band's success can all but ensure the success of another. The involved parties don't even need to be on equal footing for their relationship to reach a mutually beneficial phase. Perhaps one of the clearest examples of this asymmetrical symbiosis is between former pop-punk cohorts Panic! At the Disco and Fall Out Boy.

In 2004, Fall Out Boy bassist Pete Wentz, in the midst of recording the band's breakthrough record "From Under the Cork Tree," began Decaydance Records underneath the larger Fueled by Ramen. Around the same time, the teenage bandmates of then-unknown Panic! At the Disco posted demos online and, on a whim, sent links to Wentz. Impressed by the band's balanced blend of genres, Wentz travelled to Las Vegas to watch the musicians practice and offered them the first spot on his newborn label.

A few things worthy of noting come from that story. First, despite the fact that Fall Out Boy had gained some popularity, the group was still the lone representative of pop punk in mainstream music. Not only did this open the door for the future success of acts such as Paramore and All Time Low, it also set up Fall Out Boy as the gatekeeper to which these bands would appeal. In other words, if you weren't cool with Fall Out Boy, you weren't getting in.

Second and definitely strangest, at the point of signing with Wentz, the members of Panic! At the Disco had never played a show together. While that's hard to swallow for show-mongers like me who wanted to believe that playing live concerts is crucial to success, it's a testament to what connecting with another band can accomplish.

While these groups have since evolved separately, they remain entwined in ways they may not even realize. This is evident in their most recent releases, Fall Out Boy's "Save Rock and Roll" and Panic! At the Disco's "Too Weird to Live, Too Rare to Die!," which are both much more hip-hop inspired than any of the artists' preceding albums.

These advantageous musical marriages are just as present in local music as they are in the mainstream, though, as they should be. Supportive venues that continue to welcome "regulars" to the stage and Jackson-based labels such as Elegant Trainwreck help facilitate camaraderie between bands, which, in turn, facilitates a more welcoming, progressive environment. As these friendships form naturally through social circles, peers simultaneously challenge and nurture artists. This is what our music scene aims to be and occasionally succeeds at bringing to fruition.

It's good, but it isn't as effective as it could be. Look at the previous examples, and you'll see the best aspect of "the buddy system": Each band has the other's back. Ignoring the occasional bad blood and bad press, these bands vouched for their peer bands as artists, cementing a reciprocal respect that isn't as present here. While it seems simple, the concept has proven to separate icons from has-beens and could help in delivering the music of Jackson, Miss., to the masses. Just don't forget: Stick with your buddy.