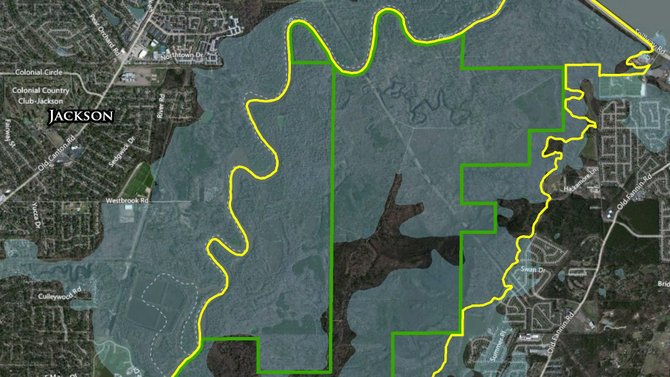 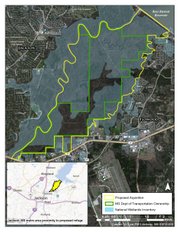 The U.S. Fish and Wildlife Service has plans for a 5,000-acre wildlife refuge between Ross Barnett Reservoir and Lakeland Drive.

Residents of the capital city may soon have another option for outdoor recreational activities, a 5,000-acre wildlife refuge the U.S. Fish and Wildlife Service is proposing.

The refuse would be between the Ross Barnett Reservoir on the north side and Lakeland Drive to the south.

If those parameters sound familiar, it's because the so-called "One Lake" development and flood-control project is also planned in the same vicinity—and the earlier "Two Lakes" plan would have used the same area north of Lakeland.

Mike Dawson, a consultant working with the FWS, addressed the Hinds County Board of Supervisors Dec. 2 and quelled rumors that the urban refuge threatens One Lake.

"There's no conflict. ... They can co-exist," Dawson told supervisors.

Like any flood-control plan for the capital-city area, the proposed urban refuge must undergo a federally required vetting process that includes an environmental-impact assessment.

FWS' literature states the proposed refuge would offer protection for migratory birds and the Pearl River's fragile ecosystem that consists of bottomland hardwood as well as opportunities for environmental education and interpretive programs highlighting the area's important natural resources.

In addition, FWS information shows that the refuge would help with ongoing recovery of the ringed map turtle and gulf sturgeon, both federally listed threatened species that have become sticking points with One Lake.

Dawson said the refuge could also be an economic engine. The John Heinz National Wildlife Refuge, in Philadelphia, closely resembles the central Mississippi plans and generates about $1.4 million in tourism-related economic activity, he said.

The FWS is conducting scoping meetings to collect public input and will release a draft environmental assessment in March 2014 and plans to publish the final draft plan by June 2014.

November 2013: Conduct scoping meetings to gather feedback from the public on the preliminary proposal.

April 2014: Review and prepare responses to the public's comments.

April - May 2014: Revise the draft plan into a final document.