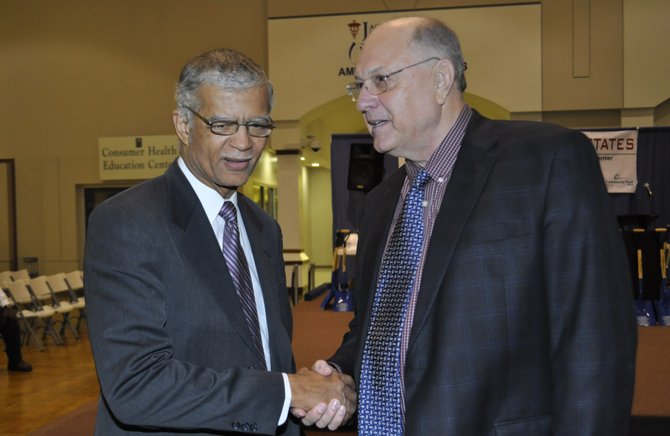 A housing development that had been planned for west Jackson before it met community opposition is moving ahead in a new location in downtown Jackson.

Calling the East Village Estates an example of an "intelligent urban-renewal program" that Jackson needs, Mayor Chokwe Lumumba said the development means that "Jackson is open for business."

Originally, the project developers—Oxford-based Chartre Consulting Ltd., Mid-America Development Foundation and Roscoe Word—planned to build what it touts as market-rate, low-income houses along the Jackson State University Parkway, but citizens and neighborhood groups fought it.

"Since the neighborhood felt that they didn't want that type of housing and those kinds of people in their community, we chose to go someplace else," Chartre marketing consultant David Kelly told the Jackson Free Press.

Chartre uses low-income housing tax credits awarded through the Mississippi Home Corp., a quasi-state agency. The Internal Revenue Service allows state housing agencies such as MHC to award developers up to $750,000 in tax credits per project based on a scoring system. Investors then purchase the credits to use toward their federal tax bill each year for a decade, making Mississippi's yearly allocation of about $6.8 million in housing credits worth $68 million.

Firms such as Chartre apply for tax credits, which it uses to build houses for people who don't make a lot of money. Companies own and lease the townhouses for 15 years. At the end of the 15 years, tenants would have the option to buy the townhouses from Chartre at 8-percent interest with no down payment. Tenants would be able to buy the townhouses at a reduced rate. The longer they leased the property, the less they would have to pay to purchase it. The townhouses would be worth between $150,000 and $170,000 and if a tenant leased a low-income property for the full 15 years, they could buy it for about $50,000.

East Village Estates also falls within the boundaries of the Farish Street Historic District, which Chapman believes could boost the redevelopment efforts there. In late October, Chartre acquired the land it needed for the 88 townhomes, which included the purchase of an assortment of parcels from Mt. Helm Baptist Church as well about three city blocks from Harvey Freelon, Lumumba's law partner before he became mayor. In addition, the developer demolished 29 structures that Chartre President Clarence Chapman says were dilapidated and inhabitable. East Village Estates will begin preleasing the homes in March 2014.

"We have to brag about the people who stay (in Jackson)," Lumumba said at the groundbreaking in late October at the Jackson Medical Mall. He added: "The more homeowners we have, the more wealth we build so we can fix some of those streets y'all always talk about."

East Village Estates will begin preleasing the homes in March 2014.

Not big on more low-coming housing when there is so much already there. Fix the current if low-income is the focus and identity. There should be a shift for more mid-incoming, working families in the city.

From the perspective of a private real estate investor, it is not financially advantageous for a non-profit organization or even a for-profit entity to place low income, owner-occupied housing in a neighborhood located adjacent to the city center (e.g. Farish Street Historic Neighborhood/Midtown Neighborhood), even when the neighborhood is considered “undesirable.” When urban development in downtown Jackson does take off like a rocket, such neighborhood will be the first area to experience an influx of upper middle class and upper class professionals and families.

With all of the abandon, vacant, and dilapidated properties as well as low land values in Jackson, it wouldn’t take much effort for a team of out-of-state real estate investors with approximately $3.82 billion in private funds to “clean house.”

Cash is King and Deed is Queen!

What you also need in this town and what I found in 1999 when I first came here to Jackson was that there was no affordable housing for single, professional people or couples (with children or without) for rent. If you wanted to rent in a safe area, the rent was going to be at least $450/mo. plus first month in advance, and a significant deposit (which every landlord stole on leaving no matter what you did).