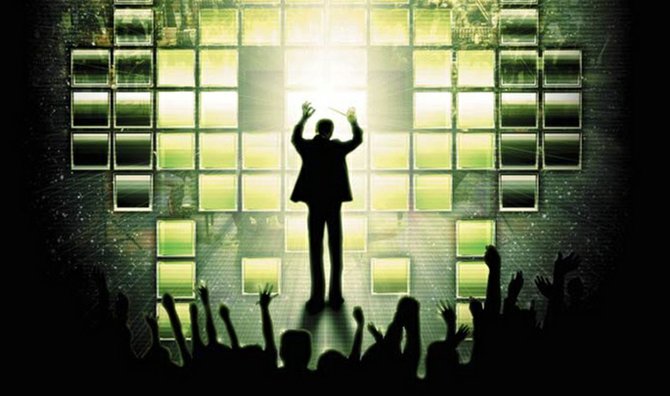 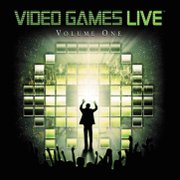 With the arrival of so many (finally legal) music streaming services over the past couple years--the Pandoras, Spotifys, Groovesharks, etc--we're easily sitting on the most musically-accessible era in history. Of course, most of us use this vast library of music to simply listen to the same three artists on repeat (or on shuffle, if we're feeling crazy), and rarely do we wander outside of that comfort zone. Maybe it's due to the transparency of these sites--no one wants Facebook sharing that they've checked out the new "Glee" cover of Justin Bieber's latest single--but it may also be that with such a wide world suddenly laid out in front of us, we don't know where to start. So here's a suggestion, a genre that's often ignored, yet one you unwittingly tried out that first time you blew the dust out of a Nintendo cartridge.

That's right. Video-game soundtracks. And I realize that by suggesting that I listen to video-game music, I've lost a good chunk of whatever cool points I've collected over the past decade, so let me try and win a few of those back.

First off, we're not talking about the 8-bit, infinitely repeating melodies of our childhood. If you're listening to those ... well, my condolences. What I'm referring to are the fully orchestrated, creatively imagined scores that have popped up over the past 10 years. I could go for pages about why music appeals to us and what makes a song really hit home--in short, it's about the time and place we're taken to when we hear it. For instance, you may not be a fan of Lonestar's "Amazed," but as it was the song that played during my first dance with my first summer crush, it brings back some pretty amazing memories for me. Movie soundtracks are another great example--think of the opening measures of the "Jurassic Park" theme music and I guarantee you're thinking Costa Rican landscapes and frolicking brontosauruses. (Brontosauri? Dinosaurs.)

With video game music, composers have a unique challenge and a unique advantage--they're challenged in that they instantly have to create an emotional impression with their music. They're composing for Mountain Dew-fueled gamers with very limited attention spans, and if they're going to be remembered, they have to create those memories within a very short amount of time. And they're experts at this--as far back as the '80s, you knew whether Mario was in a cave or underwater by the first two measures.

But on the other hand, these composers have an incredible freedom to explore. Think about it: Aside from the small demographic that digs into these sorts of things, who is going to pay real attention to the music underscoring their digital xenocide? The composer can try things he might not be able to with a Hollywood studio, with resources he wouldn't find in an average recording contract. It's a blank canvas with few restrictions--a composer's paradise.

Curious? Here's a great one to start with: composer Nobuo Uematsu, creator of the music behind the popular "Final Fantasy" franchise. Had no one told you that you were hearing something from a game, you'd never guess that the themes and musical worlds he creates aren't pieces from some higher art or purpose. And he doesn't stop with just piano pieces and orchestral arrangements--the man composed an opera for one of his games--a musical story within a story where two lead characters are brought together by the music itself.

"Final Fantasy," "ChronoCross," "Metal Gear Solid," "Mass Effect," the "Zelda" series--all hit on this formula in some way. The acid test that determines whether music is worth anything is how far you travel when you hear it. Songs that take me to summers in Pennsylvania, to the streets of New York, to unforgettable parties with friends--these will always rest at the top of my playlist.

So it's no surprise that I find so much value in the little-known works of these composers, because their music does so well what music was created to do--to transport us, to force us to feel, to explain the world to us in ways that can't be done in words. And it's by far some of the most beautiful and creative sounds I've ever come across.

So if you have the opportunity, give it a listen. Start with Nobuo or Jack Wall's "Civilization IV Medley" (which gives me goose bumps every time). And if you don't like it, no problem; you can go ahead and hang onto those cool points I dropped. I'm more than happy hanging onto my music.