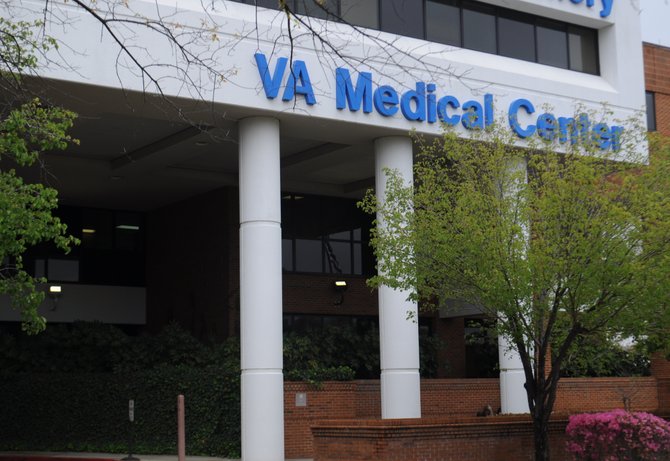 Letter to the White House

More problems at the G.V. (Sonny) Montgomery VA Medical Center in Jackson came to light at a town hall-style meeting Wednesday. Department of Veterans Affairs officials organized the meeting in response to allegations that the hospital failed to sterilize equipment and practiced generally poor management.

The whistleblower complaints prompted the U.S. Office of Special Counsel to write the White House about its concerns. "Collectively, these disclosures raise questions about the ability of this facility to care for the veterans it services," Special Counsel Carolyn N. Lerner wrote in the letter.

In all, five workers at Jackson's VA hospital contacted the special counsel. Specifically, the whistleblowers said the hospital fails to properly clean and sterilize such medical equipment as bone cutters, scalpels and nail clippers. Employees also said drugs are prescribed by nurse practitioners who are not legally permitted to do so and that some nurse practitioners lack proper state and federal licenses. Whistleblowers complained that "chronic understaffing" results in inadequate care as well.

These issues came into sharp focus when about 300 veterans gathered at the War Memorial yesterday afternoon. The hour-long meeting quickly got out of hand when audience members began interrupting VA official whom veterans accused of evading questions.

"The Blue Clinic is the pits; it's garbage," blurted one frustrated man, referring to the name of the VA's primary-care facility, which elicited applause from his fellow veterans.

Samuel Burks, an Army veteran, interrupted VA officials with what he called a matter of life and death. Burks, 48, went to the hospital for abdominal pains, which he says are related to hypertension caused by his service in 2008.

While in the hospital, Burks says he suffered a stroke that left him paralyzed for 24 hours. When doctors discharged him, his paperwork did not reflect the fact that he had a stroke and has been trying to have his records amended ever since.

"If I have another stroke what then?" Burks, who lives in Raleigh, rhetorically asked the Jackson Free Press after the meeting. "Am I on the right medication for a stroke?"

After the meeting, VA officials swarmed Burks and others who raised a stink to resolve their issues.

Burks said that the U.S. trained him to fight, and the VA shouldn't expect him to back down.

"I am going to fight every step," he said.

I hope these issues are resolved soon.

Iraq War 10-Year Anniversary: 19 March - Done 'In Our Names'!! After abandoning the main missions, and world help, for why we even sent the military into that region!!

"We are dealing with veterans, not procedures—with their problems, not ours." General Omar Bradley, First Administrator of the Veterans Administration

"If military action is worth our troops’ blood, it should be worth our treasure, too — not just in the abstract, but in the form of a specific ante by every American." -Andrew Rosenthal 10 Feb. 2013

"Why in 2009 were we still using paper?" VA Assistant Secretary Tommy Sowers "When we came in, there was no plan to change that; we’ve been operating on a six month wait for over a decade." 27 March 2013

No Revenues = Still No Sacrifice = That's Called 'Support' For The Troops = DeJa-Vu all over again!! Neither war nor especially the results of, decades to come added to previous decades and wars of, have been paid for as the abandoned, and now forgotten, continues as those sent want in a drawdown to accomplish at least a very small portion of those main missions sent to accomplish!!

"You cannot escape the responsibility of tomorrow by evading it today." - Abraham Lincoln

"To care for him who shall have borne the battle, and for his widow and his orphan" - President Lincoln

I am a retired Viet Nam Vet. Three years ago I had to quit work because of injuries that are service connected. I lost my job as a result because I was out of work more than 12 weeks with a government contractor. I attempted to get a gob for the next year with over 400 applications with no takers. I requested for an increase in disability during this time, and was refused total disability. It took the VA over a year to pay the back pay I was due after the increase in my disability was approved, but I did finally get the back pay, even though the Military Pay Center told me it was to take about 6 weeks. I went to the VA Retraining Center for retraining and was to I was not re-trainable. I forwarded the letter that they gave me for full disability thru a VA counselor and over a year latter I was told they did not get it. Now it is in the in basket of my Congressman. I am lucky my family has helped me, for I would have lost everything I owned, and would have been out on the street homeless like a lot of other Vets.