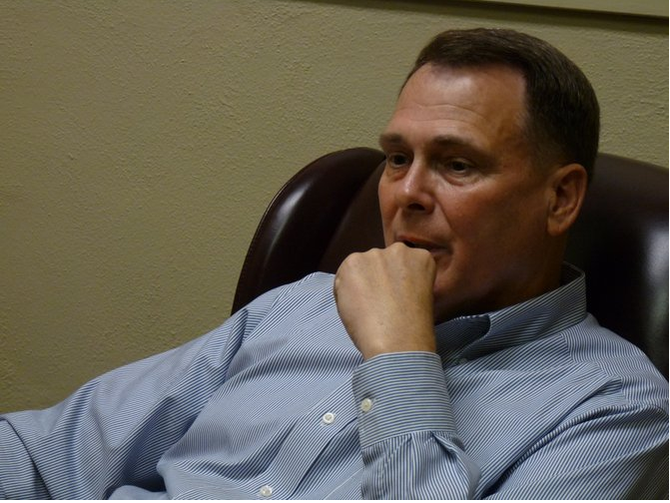 Wednesday, the Hinds County Republican Party and District 5 Supervisor Phil Fisher (pictured) filed a federal lawsuit against the four African American Democrats on the board. Photo by File Photo

George Smith, the former president of the Hinds County Board of Supervisors, denies that race played a role in crafting the county's redistricting plan.

Wednesday, the Hinds County Republican Party and District 5 Supervisor Phil Fisher filed a federal lawsuit against the four African American Democrats on the board. Fisher is a Republican and the only white member of the board.

As evidence that race was improperly used in crafting the redistricting plan, the suit refers to a statement Smith allegedly made to Hinds County GOP Chairman Pete Perry.

"Look Pete, this is a black county, we have black leadership, we are going to hire black people, and elect black people," the complaint states.

Reached this morning by telephone, Smith denied making the statement, but said if he did, he was referring to the hiring of Derrick Johnson, the president of the state conference of the NAACP and a consultant who has redistricted for several municipalities, including the city of Jackson.

"There's nothing wrong with hiring black vendors for providing goods and services to taxpayers," Smith, who is not named as a defendant in the suit, told the Jackson Free Press.

The U.S. Department of Justice approved the county's redistricting plan on July 6, 2012.

The complaint alleges that "defendants drew district lines in Supervisor District 1 to increase the number of black voters in the district, despite no requirement by the Voting Rights Act to draw increased minority districts."

Graham told the Jackson Free Press this afternoon that the allegation is absurd, adding that supervisors did not personally draw the maps. Citing the ongoing litigation, Graham said he had no other comment about the suit.

When the DOJ signed off on the plan this summer, Republicans immediately criticized the plan that split up Raymond and Clinton and added more black and, therefore, Democratic voters, to District 1.

The lawsuit also alleges that Roger Davis, a Republican challenger for the District 1 seat five years ago, pressed Graham on whether the redistricting options the supervisors considered would give Republicans "zero chance" of defeating Graham.

"Well, I'm not running to lose," Graham responded, according to the complaint. Speaking to the JFP, Graham said no one seeking public office runs to lose.

On the day supervisors adopted the plan, Fisher, a brigadier general with the Mississippi National Guard, participated via speakerphone because he was in Afghanistan on active duty. Fisher said that Plan 1, which the board ultimately adopted, was only posted on the county's website more than an hour after the meeting started, giving him no time to evaluate it.

During a recess, the lawsuit states, "the black supervisors who were physically present for the meeting gathered together in a back private room adjoining the public board meeting room without the knowledge of Supervisor Fisher" where they decided which plan they would adopt.

In January 2011, the Mississippi Ethics Commission ruled in favor of two Clarion-Ledger reporters and found the Hinds County Board of Supervisors violated debating and acting upon a contract for employee health insurance during an executive session.