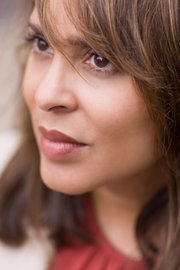 At first glance, a reader may not recognize Natasha Trethewey in the African American tradition of being innately political, but that is only if one is oblivious to the power of subtlety and the politics of the body. Trethewey, the Mississippi and national poet laureate, was born in Gulfport in 1966. She earned a master's degree in poetry from Hollins University and a master's in fine art in poetry from the University of Massachusetts. She uses subtle imagery and mapping (the visualization of abstract data) to draw the reader into the personal lives of her speakers. Trethewey is a literary photographer, according to past poet laureate Rita Dove, using the artifacts in her characters' lives to reveal their plight and their response to their plight.

Trethewey is more introverted in her subject matter and presentation than writers such as Sonia Sanchez, Nikki Giovanni or Amiri Baraka. Her poems seem always to be in the form of introspective thought or personal letters to a single reader, which, as a technique, works to strengthen the intensity.

Secondly, she employs the jazz technique of troping a European structure or form by filling, bending, or modifying it with African American artifacts and sensibility, especially in her celebration of the oppressed. Trethewey's mastery of wit and imagery is seen clearly in the "Storyville Diary" section of "Bellocq's Ophelia."

These letters by Ophelia show the nature in which western industrialization (specifically the international slave trade) has marginalized humanity, especially the humanity of  people of color.

Ophelia migrates from Mississippi to New Orleans in 1910 for better opportunity, but is only able to find work as a prostitute. This is compelling because Ophelia's fate foreshadows and parallels the fate of many African Americans who traveled north to seek freedom and work but found only more poverty and oppression in the same way that Margaret Walker's "Jubilee" and Richard Wright's "Black Boy" do the same. Thus, Trethewey is working in the tradition of art as social commentary if not art as protest.   In "Spectrum: February 1912" Trethewey's portrait of the industrialized city smacks of the same disillusionment and depression as the work of Pushkin, Tolstoy, Dostoyevsky and Wright. Progress, in man's desire to reject the metaphysical to embrace the financial, has created death and decay: "No sun, and the city's a dull palette/ of gray--weathered ships docked at the quay, rats/ dozing in the hull, drizzle slicking dark stones/ of the streets. Mornings such as these, I walk/ among the weary, their eyes sunken/ as if each body, diseased and dying,/ would pull itself inside, back to the shining/ center ..."

In "Photography: October 1911," Trethewey contemplates more on what humanity can and cannot see and obtain with technology. There is a notion that for all its advancement, some part of humanity is always lost, always not seen, always unattended. "Bellocq talks to me about light, shows me/ how to use shadow, how to fill the frame/ with objects--their intricate positions/ I thrill to the magic of it ... I look at what he can see through his lens/ and what he cannot--silverfish behind/ the walls, the yellow tint of a faded bruise--/ other things here, what the camera misses."

Technology has usefulness, but it also misses much, unable, as Bellocq's camera, to capture human totality, such as the meaning of the lingering faded bruise. In both pieces, Trethewey shows that humanity is the primary casualty of industrialization without morality and that the enslavement and objectification of African Americans is a most clear example of the loss of humanity.