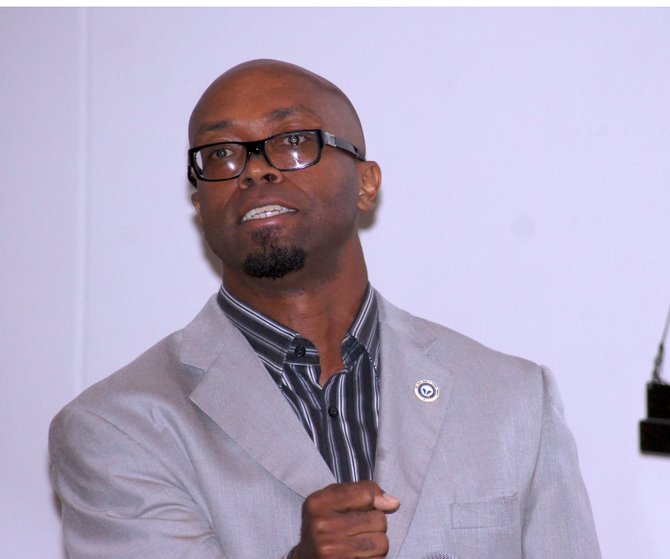 It's not that young black men don't have role models in their communities; they often do. The problem is that many times the people mentoring young people aren't always positive role models, Dr. Rodney Washington, chairman of the Department of Elementary and Early Childhood Education at Jackson State University, explained.

Washington, a former prison corrections sergeant, participated in a conference yesterday at JSU titled, "The Outcome of Black Males in Urban Institutions: A National Catastrophe or Local Concern?"

He began his part of his presentation by noting that while black male college completion rates remain the lowest of all racial, ethnic and sex groups, they are overrepresented in money-making intercollegiate sports. Where black men are 3.6 percent of college undergrads, they are 55 percent of NCAA Division I basketball and football players, Washington said.

He asked, why can colleges attract black men to play sports, but not into regular academic programs?

"Before you can have change, you need a sense of urgency," he said.