The Medicaid Question: Expand or Not? 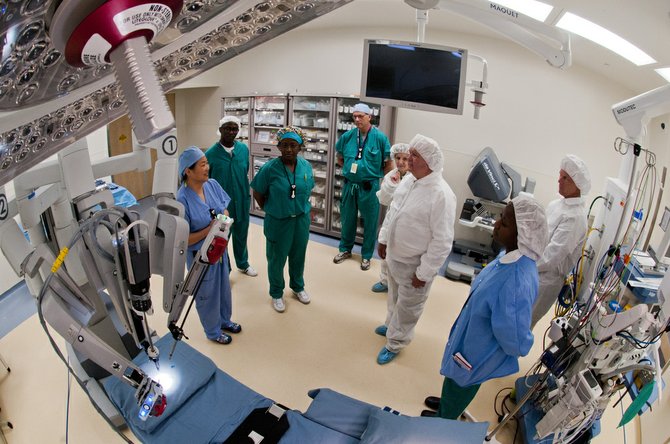 In a less than eyebrow-raising new report, Mississippi's University Research Center has concluded that covering more people with Medicaid would cost the state millions upon millions of dollars. Photo by Courtesy Army Medicine

In a less than eyebrow-raising new report, Mississippi's University Research Center has concluded that covering more people with Medicaid would cost the state millions upon millions of dollars.

Bob Neal, senior economist with Mississippi Institutions of Higher Learning, authored the report, "The Fiscal and Economic Impacts of Medicaid Expansion in Mississippi, 2014-2025" that examines the economic effect of adding hundreds of thousands of people to the federal-state health insurance program for the poor and disabled allowed under Congress' 2010 Affordable Care Act.

Currently in Mississippi, a family of three can have an annual income of no more than $8,160 a year, well below the 2011 federal poverty level of $17,916 annually. In states that allow expansion starting in January 2014, Medicaid could go to people whose income is up to 133 percent of the federal poverty level, or about $23,800 for a family of three, based on 2011 figures.

The federal government would pay 100 percent of the costs of expanding Medicaid from 2014 to 2016. Between 2017 and 2020, the federal share would decrease to 90 percent and the states' contribution would rise in stages to 10 percent, where the law says it's supposed to stay.

That's where it starts to get expensive for the states. Neal and his fellow researcher examined several possible scenarios should the state elect to expand Medicaid eligibility.

Assuming 95 percent of newly eligible people--the high participation scenario--sign up for Medicaid coverage, the study shows that 310,039 people could be added to Mississippi Medicaid by 2025. In that year, the state would spend $159.1 million more on Medicaid than it is spending now, while the state would receive an additional $63.3 million in revenue. That puts the state's net cost at $95.8 million.

"In the long run (30 to 40 years) the benefits of Medicaid expansion might outweigh the costs. Paying for it in the years ahead might be a challenge," the authors wrote. "In the long-term, a healthier workforce should result in a more productive workforce, leading to a healthier, more robust economy. Estimating these possible long-term economic improvements is beyond the scope of this study."

Gov. Phil Bryant has been steadfast in his insistence that he will reject adding Medicaid enrollees.

Gwen Combs, vice-president of policy for the Mississippi Hospital Association, said hospitals are worried about the economic impact of not expanding the program, which now has a built-in system for reimbursing hospitals for caring for patients who can't afford to pay their bills.

Hospitals agreed to forgo these Disproportionate Share Hospital payments when ACA was being drafted under the assumption that Medicaid expansion would be mandatory for states. However, the U.S. Supreme Court this summer ruled that while most of the law was constitutional, Congress could not force states to participate.

With the average Medicaid/Medicare revenue margin around 4 percent (by comparison, supermarkets operate on 1 to 2 percent profit margins; daily newspapers around 16 percent), Combs said failing to expand the program could be more catastrophic.

Combs: "These are critical access hospitals, rural and safety net hospitals--and they've just got to be there. It's the only access to care lots of people in our state."