YOUR TAKE: The Delusion and Paranoia of ‘Obama’s America 2016 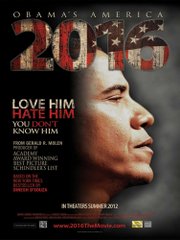 “What amazes me about the stance of the film and the filmmaker is the premise that being anti-colonial is something to be feared. It seems so ironic, considering India was colonized and throwing off the British rule was a long and arduous task, that an Indian-American would make this film and this argument. It is also ironic that Americans would eat up the anti-colonial rhetoric as equal to anti-American, as if our founding principles were those of powerful country with the destiny to rule the world rather than those of a idealistic and struggling young nation yearning to free itself from a colonizing power. Meanwhile, the Republican Party is becoming increasingly intolerant, closed and paranoid to the point that they see a conspiracy behind anyone who disagrees with them. They no longer resemble the paragons of freedom and self-determination they believe themselves to be, and seem more like the conspirators they fear.”

Scrappy1: “(Obama) swore to stand with Muslims and that he has used our tax/debt dollars to support turning over many parts of the Middle East to Sharia compliant governments. Even announcing with his UN speech that our first amendment should be restricted when referring to Islam’s Prophet.”

Brjohn9 (Brian Johnson): “Scrappy, there is no need to make up lies to oppose the president. He did not ‘swear to stand with Muslims.’ He did not say that the ‘First Amendment should be restricted when referring to Islam’s prophet.’ If you want to blame him for deaths in Afghanistan, or oppose him for immigration policy, that is one thing. But you’re already traipsing through D’Souza territory with this other hogwash.”