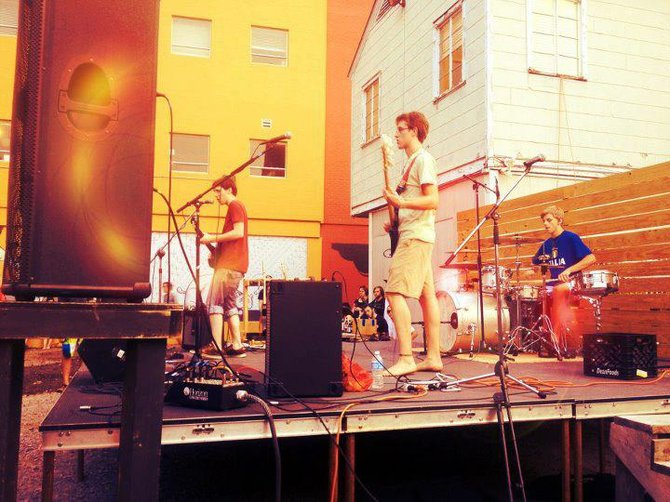 Photo by Courtesy Will Jacob

Three and a half years ago, three best friends, Aaron Thomas, 18, Will Jacob, 18, and Brennan White, 17, met at Northwest Rankin High School and were joined together by their love of music and for Christ.

"Chasing evil out of your life is kind of a free-spirited kind of thing," Jacob says. The name of their band, Chasing Edom, comes from the Bible passage Jeremiah 49:19: "Like a lion coming up from Jordan's thickets to a rich pastureland, I will chase Edom from its land in an instant. While the band is named after a Bible verse, it is not a worship band.

Dave Matthews Band is the members' biggest influence and following close behind are Coldplay, Louis Armstrong, and a variety of reggae and jazz.

Thomas' biggest influence are The Beatles, which he call "my roots," along with Mississippi Delta guitarist Robert Johnson. White, on the other hand, has been "listening to Nat King Cole for the past three weeks." Because they listen to such a variety of music, the musicians like to say that their genre is indescribable.

Chasing Edom's sound is eclectic and draws the listener into the sounds of the bass guitar, the drums and the voice of lead singer White. They bring a positive vibe to their audience with their original music.

"Our mission is to try to spread the love that Christ has for us," Jacob says.

The band members do not wear shoes when they perform. It serves as a reminder that they are children of the earth and if they become famous, they will always remember where they came from.