Transforming Jackson From the Kids Up 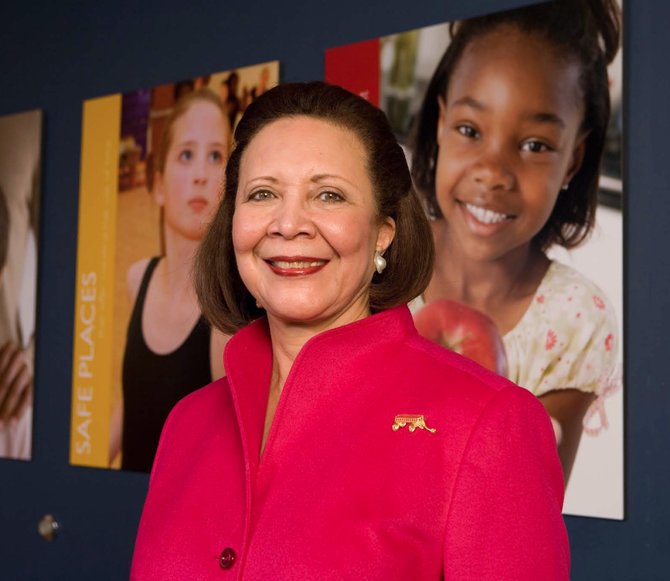 Patrice Gilbert Alma Powell and Walter Isaacson, both heavyweights of the nonprofit world, will engage Jackson residents on ways to transform our community at a Nov. 12 forum. Photo by Courtesy Operation Shoestring

The past few months have been rocky for American journalism. This summer, The Times-Picayune, New Orleans' newspaper, announced it was cutting back from daily publishing to three days a week. Just last month, Newsweek, the venerable 79-year-old weekly magazine, announced it would go to an all-digital format.

Walter Isaacson watched the developments closely. Isaacson is a New Orleans native and what people once called a newsman, having worked at the Times-Pic's predecessor, New Orleans Times-Picayune/States-Item, and Time magazine, where he was editor-in-chief. Isaacson helmed CNN from 2001 to 2003 when he departed to head the Aspen Institute, a nonpartisan nonprofit that promotes discussion of current issues headquartered in Washington, D.C.

"I think the Times-Picayune made a horrible mistake and is no longer serving the community as well," Isaacson said about the move to a three-day-a-week publication schedule that makes New Orleans the largest American city without a daily paper. "It's absolutely huge to have engaged watchdog journalism that is beholden to readers."

Isaacson visits Jackson Nov. 12 with Alma Powell, chairwoman of America's Promise Alliance, a coalition that works on children's issues, to discuss strategies for transforming communities. Operation Shoestring, a not-for-profit that focuses on children and family issues, hosts the discussion that will be moderated by Jackson businessman and philanthropist Jim Barksdale.

Isaacson--a Rhodes scholar who has written biographies about Benjamin Franklin, Albert Einstein, Henry Kissinger and Steve Jobs--believes local media can be critical in shaping communities if "every single story and every single paragraph in that story is something that's useful and credible."

Powell, who grew up in Birmingham, Ala., and sits on numerous nonprofit boards of directors, said Jackson possesses all the necessary institutions to transform the city.

"Everybody thinks that schools drive this, but it is not just the schools. The children have to come to school prepared to learn, and that involves early childhood education. It requires parents and caring adults around them who read to them and help them build their vocabulary," Powell said.

Mississippi's challenges are immense, however. In the Annie E. Casey Foundation's most recent report on the state of America's children, Mississippi landed in dead last place for overall kids' wellbeing. Health outcomes for children and adults, though improving, still represent an uphill climb. In education, Mississippi's ACT scores and high-school graduation lag other states.

Both Powell and Isaacson call for an "all-hands on all decks" approach.

Isaacson called for competing school systems, trying out charter schools, expanding afterschool programs and programs such as Teach for America, which Isaacson chairs nationally. He lauded endeavors such as the Barksdale Reading Institute, a joint project between the Mississippi Department of Education and the state's public universities for which Barksdale provided the seed money.

Education is a perennial fight in the Mississippi Legislature. For eight of the past 10 years, lawmakers have failed to fund public education according to its own funding formula known as the Mississippi Adequate Education Program, and now there's talk about doing away with the formula altogether. After several failed attempts, Republicans plan to reignite the campaign to bring charter schools, public institutions that are privately run, to the state.

"Improving K-12 education is the single most important thing any community can do. It's not just out of kindness, it's out of a community's self-interest because if it has educated citizens it'll thrive," Isaacson said.

Powell, the wife of former Secretary of State Colin Powell, agrees with Isaacson that education affects the economic condition of a community. "We have to understand that the children are the future," Powell said. "Those are the people who are going to be the leaders in the years to come. "

Operation Shoestring's "A Conversation about Community" is Monday, Nov. 12, at noon at the Jackson Convention Complex. Visit operationshoestring.org for more information.