[Barkley] Power of the Purse and the Pill | Jackson Free Press | Jackson, MS

[Barkley] Power of the Purse and the Pill 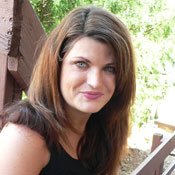 Ever since Rick Santorum fired the first shot in the "war on women" in a campaign speech labeling birth control as "dangerous," the "women's issues" media narrative of the 2012 presidential campaign season has revolved around the candidates' attempts to attract (and alternately repel) women voters. An April 17 poll by the Pew Research Center for the People and the Press bears this out, with women breaking for President Obama over Mitt Romney by about 13 points. The "gender gap" has led to the kind of flip-chart, number-crunching analysis usually not seen until the battleground states come into play.

The presidential campaigns have taken notice. In appearances over the last few weeks, Mitt Romney has begun referring questions about women's issues to his wife, Ann, who says that women care more about the economy than "women's issues" like birth control and abortion. The dichotomy such a statement creates—that economic issues and women's issues are separate, distinct issues, and that one is independent of the other—ignores the 50 years of women's economic, political and academic progress made possible by contraception and, in particular, contraception that women control.

The birth-control pill became legal in the United States in 1960, revolutionizing contraception. Not only was it a reliable, consistent method of controlling reproduction, but the Pill also put that method in women's hands. While condoms and other "natural" techniques of birth control were already in widespread use, those methods rely on the male participation to be effective. According to the National Fertility Study of 1970, the use of the birth-control pill exploded over that decade, particularly within the generation born in the late 1930s and early 1940s—the generation of women who were still young enough to pursue careers and higher education, but old enough that, just a decade earlier, they would already have been conscripted to husbands, children and work within the home.

Without such predetermined destinies, these women took to the work force, leveraging their education and experiences for something beyond entertaining their husbands' business partners.

It may seem obvious that the widespread use and acceptance of the birth-control pill led to the emergence of more women in the workplace. After all, control of reproduction allowed women not just to delay children, but also to pursue education and even delay marriage.

Unencumbered access to education and the opportunity to work full time in young adulthood allowed women to pursue careers instead of jobs. According to Bailey, "As the Pill provided younger women the expectation of greater control over childbearing, women invested more in their human capital and careers."

It comes down to this: Women's personal economies have always been tied to their ability to control their reproduction.

That's true for women who choose to work within the home as well. Contraception allows women to decide the number of children that's right for them—and, significantly—the number of children that they and their partners can afford. Acknowledging the role that birth control has played in women's movement into the workplace doesn't mean ignoring its implications for women who choose to work at home.

Of course, the word that colors every debate about women and work, or women and the Pill, or women and abortion, is choice. Even Ann Romney, who two decades after a $150 donation to Planned Parenthood describes herself as anti-abortion, uses the word "choice" when talking about how women decide to raise their families. After a media firestorm arose around her statements regarding her hard work as a stay-at-home mother, Romney said we need to "respect the choices that women make" in an April 12 interview with Fox News.

That's true. But without access to affordable birth control, competent and compassionate family planning services, and yes, even abortion, women will no longer be able make the kind of choices that have improved their education, their wages and their lives. If women care about the economy—and we do—then we must care about reproductive freedom as well.