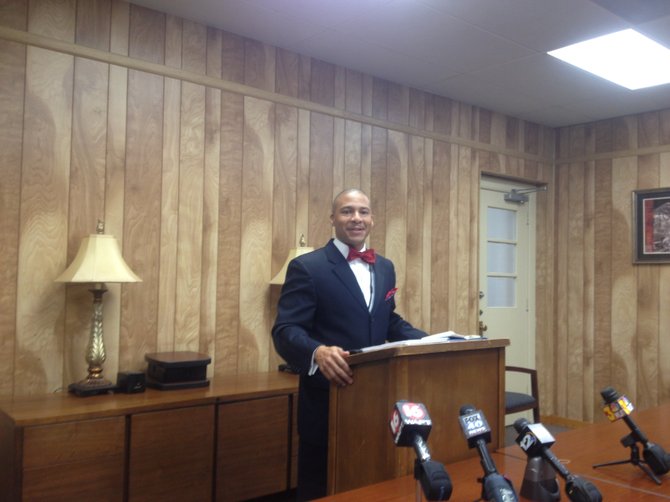 JACKSON — What we had over the weekend with Lanier High School's Old School vs. New School basketball tournament was a failure to communicate.

On Saturday, July 20, fans and players in the annual fundraiser scrimmage between Bulldog alums arrived at the building on 833 Maple St. only to be asked to leave.

At a hastily planned press conference yesterday, Gray said he was disappointed in the way the events transpired and defended his decision to keep the building locked.

The game's organizers, Gray told reporters, did not follow policies for private events on district grounds. Gray said groups must apply 72 hours in advance so the district can have adequate staff and security in place, and pay fees to help offset building expenses. Non-JPS groups must also have insurance, Gray said.

"All of these requirements were not met for this particular event," Gray said.

Gray added that the Mississippi High School Activities Association did not sanction the event, which could have jeopardized scholarship eligibility and other opportunities for student-athletes.

"Based on the limited information I was provided, I was not willing to put students' future opportunities at risk," he said.

Hinton also cautioned that high school students could lose their amateur status if they violate certain rules. Players who accept prize purses or gifts above $500 could lose that status, which could affect players' eligibility for college scholarships.

Sonja Love, president of the Lanier boys basketball booster club, called on July 25 to clarify that no current players were involved and, therefore, the game wouldn't have threatened players' scholarship eligibility. She said that organizers followed the same procedures that were followed last year, including the insurance requirement.

Love said tickets cost $7 at the door and that planners expected to sell out the roughly 1,200-capacity gym to raise money for the booster club. She added that after Monday's news conference, Dr. Gray offered to reschedule the game, but doing so would be costly because many participants traveled to Jackson at their own expense.

"This was a big embarrassment for the winningest coach in Mississippi to be out out of his gym," Love said, referring to head Coach Thomas Billups.

This story has been updated to include a response from Sonja Love, boys basketball booster club president, and to clarify that the Old School vs. New School game was between Lanier graduates and that no current players were participating.