GOP May Sue Over Hinds Maps 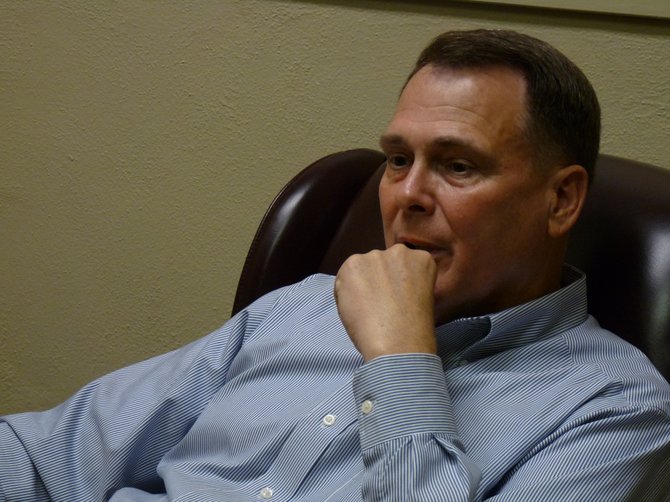 Local Republicans may ask the courts to block a recently approved Hinds County redistricting plan from going into effect.

On July 12, the U.S. Department of Justice approved the new voting map, which immediately drew criticism from GOP officials who say the plan is gerrymandered to dilute Republican voting strength.

Pete Perry, the chairman of the Hinds County Republican Party, said the plan makes unnecessary changes. Among Perry's chief grievances include the fact that the plan split up Raymond and Clinton and that more black--and therefore Democratic--voters were added to District 1, which Hinds County Board of Supervisors President Robert Graham represents.

"They made the change just because Robert Graham wanted to turn northeast Jackson into a black district," Perry told the Jackson Free Press Friday.

Even though the district, which has an African American population of 52 percent, was already safe for Democrats, Perry said Graham wanted to make sure he never faced a serious Republican challenge.

Graham was in a meeting and not available to comment this morning. Derrick Johnson, the consultant the county hired to draw the maps, refutes Republicans' charges that the plan is unfair or racially gerrymandered.

"This is less about race than partisan posturing," Johnson said this morning. He estimates that although District 1 "might be 2 percent blacker" under his plan, the district has become more racially diverse over the past decade. Johnson is also president of the Mississippi NAACP.

As for breaking apart Clinton and Raymond, both of which are within District 4, Johnson said the district was overpopulated. He added that the plan he came up with reflected input he received from all five supervisors.

District 4 Supervisor Phil Fisher, a brigadier general in the Mississippi Army National Guard, said he was unable to provide much input--he was in Afghanistan when the board voted on the plan that went to the Justice Department, but he participated via teleconference.

"The whole way it happened smacked of deceit," said Fisher, who recently announced that he will run for Clinton mayor. "At the time, it was an embarrassing display of political power."

Even though he agrees that the plan appears to have been drawn to give Democrats an edge, he said he's more concerned about the lack of continuity reflected in the new redistricting plan.

"Clinton has needs that are different from those of Bolton and Edwards," he said.

Fisher said he's thinking about taking the issue to court, but declined to discuss a timeline for doing so.

The headline should read "PHIL FISHER: STOP WHINING!!" Since he's already taking his ball and going home from the Board of Supervisors, he probably should concentrate on his mayoral election in Clinton. It's always interesting when the shoe is on the other foot and you're trying to claim unfairness. The group that was vilified for obtaining the contract for redistricting got it right on the first submission. Go figure!

Integration is supposed to be the goal until it's necessary to group together for voter numbers. Then it turns to reverse prejudice.