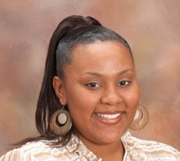 Parental selfishness was never more prevalent than when pro-life advocates protested in front of Jackson-area schools. The protesters, armed with a City of Jackson permit and graphic signs displaying aborted fetuses, greeted students as they entered school. Some parents were outraged. The first thing I heard during the evening news report was, "Why aren't they in Madison? White girls have more abortions than black girls."

These comments were an indication that we are so wrapped up in our own children that we forget about the children around us. As parents, we should be concerned with the wellbeing of all children, not just the ones in our family, school, community or city. The issues plaguing children in Jackson are not unique; children all over the world face similar challenges.

We must not attack communities with strong priorities for their children. Instead, we should ask questions such as, "What is Madison doing to protect and preserve their communities? Will those things work for Jackson?"

Personally, I was appalled by the idea that the City of Jackson would grant a permit without stipulating that they could not protest in school zones. No child--no matter his or her race, creed or color--deserves to be subjected to certain things without the consent of their parents. We must be willing to allow our city government accountable for what our children are exposed to. We must stand up for them because, often, they are powerless.

As I look back on growing up in Jackson (which is not so long ago), I can see the differences in ideas about community. I have seen a major shift away from a community-centered city to one that is headed toward an "every man or woman for himself or herself" environment. The degradation of a united community can only end in the failure of our children.

Many wonderful, community-driven organizations do outstanding work in Jackson in an effort to provide resources for our children. I am not directing these comments to them. Rather, I am directing these ideas to people who carry a "separatist" mentality. As adults, we are responsible to protect our children--yours and mine--from entering adulthood without sufficient guidance. We are responsible for filling in the gaps of inadequate social institutions so that the children in our city have a fighting chance in the global community.

The most selfless job a person can have is being a parent. In parenting, one must give unconditionally to a child. Parents give their love, time and money to making sure that their children are raised properly.

Being a parent, however, also can be the most selfish area of a person's life. Parents have complete authority of their children and are often unwavering when it comes to decisions. I often hear parents say, "That situation does not work for my child."

Our children's wellbeing is one area where we parents have the most power, authority and control. It is also the one area in which we need the most help. An African proverb says that it takes a village to raise a child. But, as dwellers of this great universe, we have almost completely ignored this idea and adopted more selfish views of parenting.

As parents, we are responsible for making our children whole. How can we truly do that if we are not whole ourselves? They watch us: They see us fighting, bickering and turning our backs on children they play with every day. When they emulate that behavior, we reprimand them for being bullies. Instead, we should share a mentality that if it is not good for another child, it is not goodbib for our child--or any child.

This holiday season, open your heart to a child other than your own. Take the time to show your children the benefits of having a community that is connected and united. It is far past time to be a part of the village, and not just live in it.

In being concerned for your child, always remember your ideas and decisions affect other children as well. If we do not start to change ourselves, our children will grow into a cycle of divisiveness, which will be detrimental to us all. As parents, we must take a greater responsibility and not accept selfishness in any aspect of our lives, especially when it comes to all children.

Melishia Grayson is a Jackson native and a senior English major at Jackson State University. Her love for her family drives her passion for change.

UPDATE: A previous version of this story identified the saying "It takes a village to raise a child" as coming from the Bible. The Jackson Free Press apologizes for the error.