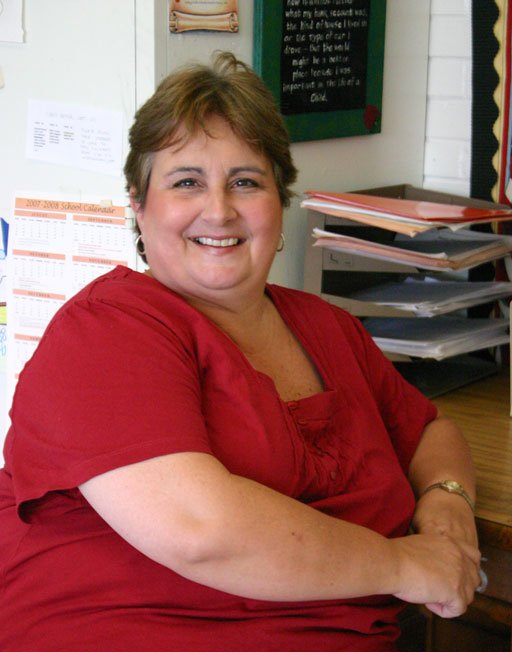 As a sixth-grade student, the thought of middle-school science was intimidating. However, when I met my teacher, Mrs. Merrill Thomas, all my inhibitions went away.

Thomas, 50, has a passion for children. "It's what gets me up in the morning," Thomas says of the children she teaches. "I know that when I go into that classroom, those children depend on me to be there for them. And so, I always am." Thomas has been teaching for 24 years and has been at Rowan Middle School for 15 years, the longest of any current teacher.

Thomas graduated from Mississippi University for Women in 1979 with an elementary education degree. After teaching at the elementary school level for nine years, Thomas filled a position at Rowan as the sixth-grade science teachera subject she says was her worst in school.

Thomas has been married to her husband, Jeff, for 25 years and has three kids, all in college: Kimberly; 19, Greg, 21 and Damian, 22. When she's not at school, Thomas teaches Sunday school at her church, spends time with her family or works in her garden.

The students Thomas teaches are at the stage where they choose the path they're going to take in life, she says. Thomas takes her role in that decision seriously.

"I make sure that my students know it's important to study and have strong study skills. The reality is that most kids know if they're going to be successful in education when they're in the sixth grade. That is why I push my kids to set goals and work toward them," she says.

In her experience as an inner-city middle-school teacher, Thomas has learned that bringing former students back to her classroom helps motivate her current students.

"I like giving them people to model themselves after. A large number of my former students are successful and from right here in midtown Jackson," Thomas says.

She has no plans of leaving the place that she calls her second home. "My life would not be complete if I were not at Rowan Middle School," she says.