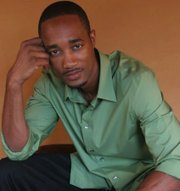 The Jackson State University film and theater professor and actor just put the wraps on a two-week shoot on "2 Guns," which stars Oscar-winning actor Denzel Washington, Mark Wahlberg, Paula Patton and Edward James Olmos. The film is about a federal DEA agent and a Naval Intelligence operative who get mixed up with the mob. The film comes out in 2013.

Myles, a Birmingham native who got his master of fine arts degree from Louisiana State University, has been burning up the big and little screens in recent years.

He has a part in the movie "Fire with Fire," starring Bruce Willis and Curtis Jackson--better known by his rap name, 50 Cent--which opens in theaters Aug. 31. Myles will also appear in "The Host," "Hours" and "The End of the World," all of which are slated for release next year.

In addition, Myles has a recurring role as Clyde on the USA Network show "Common Law," which is about an odd pair of detectives.

On stage, Myles has performed in productions of "Macbeth," "The Last Days of Judas Iscariot," "The Royal Family," "Satellites" and "King Hedley."