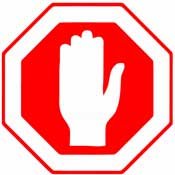 Treat 'Em like Adults
Grown folks with responsibilities don't have time to be running the streets. At least that's the thinking behind programs designed to keep kids out of trouble by putting them to work.

On a recent Tuesday afternoon at Café Reconcile in New Orleans, every table was occupied, while more patrons waited to be seated. The popular lunch spot is the cornerstone of Cafe Reconcile's 12-week job-training program which offers young participants life-skills training and real-world experience, all aimed at breaking the generational poverty cycle and serving as an economic engine for the surrounding Central City neighborhood, which has one of the city's highest crime rates.

Expectations are set high for the 50 students participating in the program at a given time. "They're expected to show up on time, complete their tasks, and keep their attitudes in check," Sister Mary Lou Specha said.

But the hard work often pays off. Upon completing the program, 65 to 70 percent of participants receive jobs (a case manager also follows their progress for one year), Specha noted.

Similarly, Los Angeles-based Homeboy Industries employs up to 250 former and at-risk gang members who might bake muffins or screen-print the Homeboy logo onto infant onesies in one of Homeboy's six businesses. Mona Hobson, Homeboy development director, says its solar-installation certification program touts a 70 percent employment rate upon completion. She attributes the success of Homeboy, one of the nation's largest and most-lauded gang-intervention initiatives, to the street cred earned by founder Father Greg Boyle and to the kids motivating themselves. "They come when they're tired of living the gang life," she said.

Treat 'Em Like Kids
About 30 years ago, Missouri figured out a way to reduce juvenile recidivism essentially by treating kids like they're in summer camp and not in jail. This is done through the use of small group homes, treatment centers, and camps under the supervision of youth development experts instead of correctional facilities and prison guards. It was also accomplished without increasing the burden on the state's taxpayers. Now, what has become known as the Missouri Model has been replicated around the country, including at Oakley Training School near Raymond.

Change the Law
While working toward reforming the juvenile-justice system in the Albuquerque, N.M., area, officials realized that existing laws made it difficult for the changes to stick. So, in 2003, youth justice advocates and officials set out to alter New Mexico's children's code.

One of the major changes was requiring that kids demonstrate "significant" risk of danger, flight or failure to appear for court appointments to be detained in a state facility. Another was to prohibit anyone over the age of 18 to be housed in youth detention centers to increase safety for younger kids.

As a result, Bernadillo County reduced its average daily population by 58 percent between 1999 and 2004 while the number of kids booked on a felony charges fell from 4,726 in 1999 to 3,892 in 2005, the Annie E. Casey Foundation reports. Also, ethnic disparities are shrinking. In 2005, 62 percent of those booked by the county were ethnic minorities, down from 72 percent in 1999.

Health Matters
Could cutting back on P.E. in schools lead to a more violent city and state? No doubt. The research is indisputable that healthier students learn better and act out less—which means they are less likely to get involved in crime. The October 2011 Journal of School Health reported on findings by Charles E. Basch of Columbia University's Department of Health and Behavior Studies. He found seven "educationally relevant health disparities" that make urban minority youth fall behind: