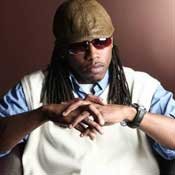 Prep, a.k.a. Ricky Adams, is a Jackson-based musician.

Ricky Adams used to watch and listen to his cousin, Ray Adams, and then mock everything he did, from making beats to rapping. He was only 8, but Ricky quickly turned into Prep, a rapper who would later become an industry player in Jackson and Mississippi hip-hop circles.

Back then, Prep rapped about what he knew: candy, school and friends. "Drug Free American," an original song he wrote, was the first one he rapped in front of people, and it was at church.

After he graduated from Jim Hill High School in 1995, Prep stayed with his passion and kept rapping until his early 20s. Later, he learned engineering from spending time in studios and watching professionals work on tracks. He opened his own facility, TraXtar, in 2002. Now, at age 34, he is a music-industry veteran, but he said he never sought glory.

"I have recorded probably the whole city," he said. "Anybody who's serious about doing music around here, I've worked with."

Indeed, Prep is the Oz figure behind many Jackson artists. He engineered beats for Ray-J, Lil' Boosie, Jazze Pha, Bushwick Bill, Pimp C and David Banner. He is also a father of two.

The song "Main Attraction," featuring London Marz, represents Prep's perspective on life as a motion picture, he said. Its lyrics talk about humility and compassion. "Take the camera off me; this movie ain't about me," he said.

After 26 years of making music, Prep has no plans to retire from hip-hop any time soon. It still reflects what is happening in his life, he said: "My music is based on how I'm feeling. Being that I'm 34, I have been in relationships, some good, some bad. If you listen to my music, you'll be able to see that."

But the paternal side of him makes him sometimes want to leave the music industry. He has had to rethink a few things along the way. He says everything he does now is for his kids.

"Music is an expression of life," he said. "As an artist, I'm kind of at the point where I want to venture away. I still love to do music, I still love to entertain, but my mind-set is more or less now behind the scenes."

Prep wants to create a better music-oriented environment in Jackson to keep artists from leaving the area to get the exposure
they need.

He says the Internet really can help keep artists in the area. "You can promote yourself on a world-wide scale without leaving the city," he said.