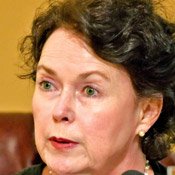 "We've discovered some shortfalls that were not expected when we first devised the budget," Jackson Mayor Harvey Johnson Jr. said. "The money will be coming out of our applied-fund balance."

The city's "applied-fund balance" is a reserve fund that does not have a council-imposed restriction upon its minimum amount. It is composed of savings created in some city departments, many due to budgeted employee positions that administrators left unfilled this year.

After more recent revisions last week, the city will add $1 million to the city's bus budget and $1.1 million to the city's police budget. The city concluded a third-party arbitration discussion with JATRAN bus employees, which resulted in $984,000 in back pay and vacation costs paid to unionized bus drivers and mechanics, and an annual increase of about $550,000 for those employees in the 2011 budget. Johnson said the city is adding another $112,000 to the bus system's gas allowance due to rising fuel prices.

The city is also adding $620,000 to its tort claims fund, $40,000 to match an AmeriCorps grant and $300,000 to its medical insurance claim fund. The city is self-insured, and must contend with rising health-care costs on its own.

Other shortfalls the city needs to fill include $275,000 in its municipal early-childhood-centers budget and a repayment of $100,000 to its "grass-cutting" budget, because it borrowed that amount to fund needed demolition work.

"I was going to work recently and saw one of those big buses cross the intersection, and I could see that no one was on that bus," Barrett-Simon said. "I hope we can look at running our bus services more efficiently, or we'll face similar (budget) problems in the future."

Johnson said his administration would consider revising bus routes for the 2012 budget year. "We need more paratransit services than fixed routes in some areas," Johnson said.

Paratransit is a method of public transport that more closely resembles an on-call taxi service than a fixed bus route. Some versions of para-transit in other cities include door-to-door transportation service, which can include specialty transportation services for special-needs or disabled customers.

The city of Jackson is looking ahead to the not-too-distant future and trying to seize funding for a new city infrastructure devoted to commuters driving plug-in electric vehicles.

On Tuesday, the city council authorized city administration to submit applications for up to $500,000 in U.S. Department of Energy funds and grants related to a new Clean City program establishing housing and services for commuters riding battery-operated cars and motorcycles into the city.

The funding is timely as new auto-makers roll out the 2013 line of more affordable electric vehicles such as the $33,000 Nissan Leaf and the upcoming Ford Focus Electric. Both vehicles have a driving range between 60 and 100 miles between charging, depending upon the type of driving, which presents an opportunity for the city to offer re-charging services.

Jackson developer Full Spectrum South is already preparing to take advantage of the emerging electric economy. Malcolm Shepherd, Full Spectrum South development director, said his company will be breaking ground this year on a new robot-assisted parking garage that will include charging stations for electricity-based vehicles. The garage will be located near Hal & Mal's Restaurant on South Commerce Street.

Forward thinking in Mississippi! I KNEW we could do it!! Another idea for Jackson is a Not-for-Profit "Car-Sharing" service. Basically you have automated car rental lots all around town, you pay an hourly rental fee and have a car (or scooter!!) to drive around where you need to go. Bring it back to the lot you got it from, or drop it off at another lot near where you are going! (and get another to return when you are done!) There are examples in service already --> http://www.zipcar.com/

when is Jackson going to invest in buses for Jatran that don't use diesel??? And I don't mean one token vehicle. Go ahead push the envelope....no where to go but up! Why does it seem Americans will have to whacked over the head by rising costs of dinosaur fuel before we go ahead and make some smart changes?

redlion - hopefully with KiOR and another biomass crude producer coming into the state, we will have renewable based, Mississippi made, diesel in the JATRAN buses very soon!