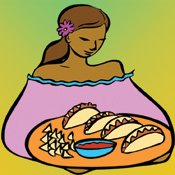 Residents at a hearing for a mobile-food truck ordinance proposal like the idea.

Ward 1 Councilman Quentin Whitwell proposed an ordinance allowing mobile-food vendors at the urging of local food retailers eager to carry their goods to high-customer locations without the cost and trouble of building a restaurant. Whitwell, backed by John Gomez, Downtown Jackson Partners associate director, presented the ordinance as a way to get more entrepreneurs on the street.

"Establishing a restaurant is very expensive, but there are a lot of people who don't go to restaurants because they don't want to sit down, or their budget won't allow it. And there are a lot of ... people with incredible skills but who may not have a lot of money or investors, who want to bring low-cost food to customers," Whitwell said.

Vendors must buy an annual $500 license from the city for each location they intend to serve, be fully insured and meet strict guidelines on cleanliness to get a permit--which is not the same as a one-day mobile food permit that the city already offers for events.

An earlier version of the ordinance, possibly in response to requests from area restauranteurs, demanded that mobile-food vendors also have a "brick-and-mortar" restaurant or a Mississippi Department of Health approved food-preparation center. Whitwell altered the language of that ordinance to instead restrict vendors to pre-designated areas in the city, at least 150 feet away from any restaurant entrance. Competing restaurants can waive that requirement, however. Mobile vendors also must charge and pay the same local sales tax required from other food providers in addition to other business taxes and license fees, must meet state health requirements and must make waste disposal available to customers.

Only one public speaker expressed concern over the ordinance. Jackson resident Alake Chui said she feared food trucks would leave a trail of trash in their wake.

"I would like to know how they're going to keep the environment clean, because we already have issues with stores with trash building up outside, and they won't get anyone to clean it up," Chui said. "My concern is that these people should be held accountable for cleaning up the environment. People might throw trash around, and then when they leave, our communities are left worse off than before they came."

Ward 3 Councilman Kenneth Stokes, who called the meeting, was the only other council member besides Whitwell in attendance. Stokes noted the public's overall positive reception of the ordinance at the hearing and promised another hearing at an unspecified date.

He said the proposed ordinance would be before the council no later than June.