‘Save Our Office,' Council Says 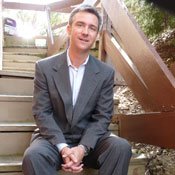 State law requires all cities in the state with populations of 190,000 or more to maintain individual offices for council members at their respective city halls. However, 2010 Census figures reveal that the city of Jackson's population dropped to nearly 170,000 citizens, invalidating council members' right to permanent offices.

Deputy City Attorney James Anderson said the city actually fell out of compliance with the law after the 2000 Census.

"In 2000, the city's population dropped to 184,000, and the offices are still here," said Anderson, who does not think council members will face immediate evictions without changes in state law.

"The council is basically doing what they need to do to fix the problem. The fact they're shocked about this is only because they just got the memo (from the legal department)," said Anderson, who described the resolution as a "house-cleaning" item. "It's not a big deal in the overall scheme of things. We're all going in the same direction on letting the law catch up with what the actual situation is."

"City Hall is the people's house, and with this being the capital city, the differing opinions and views of elected officials at the council level, in addition to the executive level, is important," Whitwell said. "This requirement made by the Legislature was intended specifically for the City of Jackson regardless of the population."

Jackson Mayor Harvey Johnson Jr. said he saw no wisdom in moving council members out of their offices because the building is already open full-time.

"We have energy-efficient lighting here at City Hall, so I don't think you can look at cost savings," said Johnson, who could not supply a cost-assessment of maintaining council offices. "Just think about it: We wouldn't shut the offices off. We can't exactly board them up. I mean, what would we do with them?"

The council voted unanimously to pass the resolution. Ward 2 Councilman Chokwe Lumumba was not present. Lumumba said earlier that he supported the resolution because not all council members had a permanent office offsite where residents could reach them.

Whitwell pointed out, however, that the city has already passed the legislative deadline this year for the submission of general bills, the category in which this particular legislation would fall. For this reason, a legislator would also have to submit a rule-suspension resolution in the House or Senate allowing the bill's submission. Even then, the bill would still have to go through the arduous process of garnering support in the House and the Senate, as well as a signature from the governor, before the amended population requirement would stand.