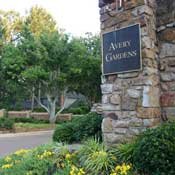 The public will have an opportunity July 19 to weigh in on a proposed city ordinance allowing neighborhoods with one entrance and a cemetery to construct public-access gates.

Ward 1 Councilman Quentin Whitwell is scaling back his citywide gated-community proposal to a single neighborhood on County Line Road to increase its chances before the Jackson City Council and the mayor's office.

Current city policy demands that 100 percent of a neighborhood's residents agree to build a gate and that residents of the enclosed neighborhood take over street and infrastructure repair on everything behind the gates.

Last month, Whitwell introduced an ordinance that would have released the 100-percent-approval requirement for the gate construction in addition to freeing gate seekers from the financial responsibility of maintaining infrastructure behind the gate. He warned on Twitter June 14 that denying his gate plan would increase "flight out of Jackson."

Ward 2 Councilman Chokwe Lumumba said, however, that taxpayers should not have to pay for infrastructure bills behind a gate that blocked other city residents from using a gated street as a convenient thoroughfare.

Lumumba said the ordinance could be applied to neighborhoods on streets that serve as alternative travel routes when more heavily used roads are choked with traffic.

Mayor Harvey Johnson Jr. said gated communities represent a liability to city vehicles like garbage trucks that must maneuver through the gates, and that gates also pose a problem to city employees who must visit homes to read water meters.

This week, Whitwell introduced his scaled-back plan. "Under this ordinance (residents) would not be responsible for the infrastructure as they are under the current administration's procedure," Whitwell said Monday.

"It still has the public-access gate component which I believe is important, but it's narrowed to neighborhoods that are adjacent to adjoined cities and that have a cemetery inside their subdivision. To my knowledge, the only one that exists under those specifications is the Avery Gardens neighborhood."

"All we want is a lawful, public-access gate," said Jones, who says a gate would deter crime and calm traffic. "Private ownership and coded gate scenarios can't work with third parties who need to have easy access to their loved ones in the cemetery in the neighborhood, so all we really need is a public-access gate. There is a distinction here in how to address property owners' interest versus the public interest of not being closed out, and we think it's a win-win for everybody."

The desired Avery Garden gate would open automatically to any vehicle or pedestrian that approaches. Jones said the crime deterrent lies in the gate's ability to delay vehicles entering or leaving the neighborhood. Jones said drivers looking to dodge traffic citations from Jackson and Ridgeland police commonly pull into the scenic neighborhood wrongfully expecting it to have a rear exit.

"I think he's removing the politics behind the ordinance," Yarber said.