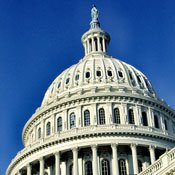 New bills passed during the 2011 legislative session are going to officially kick off this month, and will likely have powerful effects on the state this year.

The Jackson Free Press reported yesterday that Jackson police are experiencing an uptick in reported incidents of assault, partially stemming from a new state law that upgrades the act of strangling a domestic partner to a felony assault. However, this small alteration is only the first of many law changes that make it easier to protect a victim.

House Bill 196, which Gov. Haley Barbour signed in March, allows judges to fit perpetrators of domestic violence with a GPS device as a condition of their bond, starting today.

The law requires no additional money from the state because the perpetrator funds both the device and the accompanying monitoring service. The device has an electronic counterpart, owned by the victim. The device alerts the victim if his or her personal terrorist is anywhere within the restricted zone the judge imposed around his or her house, or around places the victim frequents.

The court also gives the victim a hotline to an appropriate member of law enforcement to call if the perpetrator enters any of the restricted zones.
Rep. Brandon Jones, D-Pascagoula, submitted the bill, after the Jackson Free Press revealed that the governor had developed a habit of pardoning men who had slain wives and girlfriends.

A new state law forcing all non-elementary public schools to provide some form of sex education to their students also goes into effect today. The law makes clear in conservative Mississippi that schools may opt for an abstinence-only version of the sex-education course--which studies have shown to be an ineffective approach to reducing sex among teenagers.

The law also requires parents to request the inclusion of their child in the sex-ed class before their child may participate. Critics--such as Rachel Hicks, executive director of Mississippi First--say that a high incidence of accidental teen pregnancies and sex-related disease affect a disproportionate number of children with non-attentive parents, and that the law's language could end up excluding the best potential target population for the education.

However, each sex-education course must include education on potential emotional scarring as a result of early or underage sex, as well as an adequate education on the inconvenience of early parenting and the prevalence of sex-related disease.

Jackson lobbyist Stan Flint said he was thankful opponents didn't kill the flawed bill. "Do not let the perfect be the enemy of the good. Killing a bill over its shortfalls is a narrow-visioned approach to public policy," Flint told the Jackson Free Press. "What's important is that it is now no longer optional to teach sex-ed. You may go with the abstinence-only piece, which I think does not work, but parents have been telling kids to 'just say no' since Noah got off the boat. It didn't work when I was a kid, and it doesn't work now."

Although the bill kicks in this month, schools have until June 30, 2012, to get their sex-education class together.

While I was in Little Rock yesterday, I saw a commercial on tv that the state of AR has a website that the victims of domestic abuse can track their abuser at all times. They can find them where ever they are,not just if they are near them, so if they are going somewhere they can see if their abuser is there before they go. Also tells them if they have been arrested for anything else too. Sounds like that should be something Mississippi should to look into.

Dang, Bubba ... Let's mark this day on the calendar! I agree. Great idea.

Ronni- LOL tis rare we agree on anything. I hate wife/girlfriend/child abusers with a passion.

Hell fire, I'll agree too! After all, if we can keep tabs on sex offenders, we could on domestic abusers as well.