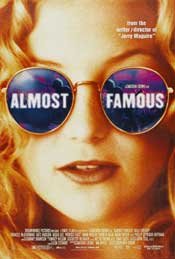 Graduation is not closing a chapter. It is not turning one's back on lessons learned. Instead, graduation is a stepping stone to responsibility. Numerous movies capture this transition. These options each offer a slightly different coming-of-age epiphany.

"Kick-Ass" (2010)
Dave Lizewski (Aaron Johnson) is a troubled teen in a large city. His two best friends are nerds. Making matters worse, his mother suddenly dies. Dave's father goes through the motions, but lacks the skills to communicate with his son. Dave reinvents himself as a Batman-like "superhero" Kick-Ass, with sidekick Hit Girl (Mindy) as an anime-like (think Kei from Akira) "superhero" mentored by her "superhero" father Big Daddy. Chris becomes arch-nemesis Red Mist. Action packed with over-the-top violence and a fantastic soundtrack, the real heart of the movie is in the coming-of-age for the three kids, each without a father figure to lead their emotional way.

"The Last Samurai" (2003)
Emotionally scarred Civil War veteran Captain Nathan Algren (Tom Cruise) rode the coattails of his heroism ever since the war ended. He is enticed to become a mercenary in Japan teaching the Western ways of combat so the Emperor's troops can oppose a Samurai rebellion. Amidst one battle, a severely wounded Algren is captured. During his recovery, he graduates from enemy to brother with a new understanding and appreciation for life.

"The Social Network" (2010)
Mark Zuckerberg (Jesse Eisenberg) was a brilliant nerd attending Harvard, hovering on the precipice of being an insecure geek. Then, Zuckerberg founded Facebook. While the movie centers on his combating two lawsuits, the underlying emphasis is the irony of creating something to help people network, but ending up, for Mark, as an unsocial and often ugly way of communicating. In the end, Mark becomes a more insightful and caring person.

"Almost Famous" (2000)
A semi-autobiographical film of director Cameron Crowe's coming-of-age, becoming a reporter for Rolling Stone Magazine as a teen. William Miller's (Patrick Fugit) older sister secretly provides him with rock 'n' roll records their mother has banned. William's reviews go from opinion pieces to first-hand features when he befriends the band Stillwater (based on the Allman Brothers). What begins as a simple interview turns into three weeks of heartbreak, excesses and the privileges of being young during a turbulent era.

"The Breakfast Club" (1985)
While not a graduation in the truest sense, this film represents a coming of age for a group of five Chicago high-school students serving a Saturday detention. The eclectic group begins as strangers, but breaks through social barriers. In the end, a new sense of respect befalls each of the students.

"To Sir With Love" (1967)
An inexperienced teacher (Sidney Poitier) is thrown into a class of underprivileged teenagers in 1960s London. Each student hails from a world where there's no hope for a better life. Realizing the futility of traditional schooling, the teacher forgoes books and prepares students with life lessons and skills. They graduate with the hope of a promising future, and a life of respect and self-confidence.

"The Miracle Worker" (1962)
Anne Sullivan (Anne Bancroft) is the teacher and confidant who guided blind and deaf Helen Keller (Patty Duke) from darkness to light. The journey was racked with emotional trials and tribulations, not to mention patience. Small breakthroughs were marred with regressions. After years of learning, Helen graduated being able to read (Braille), write and speak.