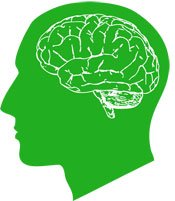 Mississippi could lose a lawsuit over its mental-health system now that the U.S. Department of Justice supports the suit.

"This adds a lot of credibility to a lawsuit when the Department of Justice recognizes that the state of Mississippi is in violation of a federal law regarding its health-care system," said the Southern Poverty Law Center's Mississippi Initiatives Director Jody Owens.

Last year, the SPLC filed suit in U.S. District Court in Jackson, arguing that children with behavioral or emotional disorders "face a rigid, facility-based mental-health system that both ignores and exacerbates their needs."

The suit argues that the state offers too few alternatives to institutionalized mental-health treatment, and that ill children must "either deteriorate to the point of crisis required for involuntary hospitalization or submit to unnecessary institutionalization."

Plaintiffs, who include Mississippi Coalition for Citizens with Disabilities Executive Director Mary Troupe, say the state is aware of the problem. The suit references a 2008 Joint Legislative Committee on Performance Evaluation and Expenditure Review report warning that as of 2005, "Mississippi still ha[s] yet to follow the national trend set (more than) 15 years ago of devoting the majority of its mental-illness expenditures to community-based services."

The state does not include intensive home- and community-based services in its Medicaid plan and does not make such services available on a consistent, statewide basis to children, Troupe says, even though the state commits to offering this when it accepts federal Medicaid money.

The Mississippi Youth Programs Around the Clock is a home and community-based Medicaid waiver program that provides intensive case management and respite services for people under age 21 who are eligible for psychiatric residential facility treatment. The SPLC says only 180 children were enrolled in the program at the time of the March 2010 suit, however, compared to nearly 2,000 children receiving institutionalized care.

The state filed a motion to dismiss the case last May, arguing that plaintiffs named in the case have not suffered sufficient injury. Plaintiffs have not alleged that they applied for or were refused payment for services, the motion states. In response, the Department of Justice filed a brief this month urging the court, under U.S. District Court Judge Henry Wingate, to deny the state's request.

"Defendants' interpretation of what is required of states under the (federal) provisions is not only inconsistent with the provisions' plain language, but it also flies in the face of the legislative history of those provisions," DOJ attorney Anne Raish wrote.

"Prompting the enactment of and amendments to these provisions was Congress' concern that Medicaid-eligible children were not actually receiving the screening, diagnosis and treatment services to which they were entitled, despite the availability of funding."

"For a population of 2.9 million people in Mississippi, the Department of Mental Health operates only 100 acute psychiatric beds and 48 psychiatric residential treatments beds for children and adolescents," Bailey said in a statement. "The children who come to the (Mississippi) Department of Mental Health for services are court committed to receive inpatient care. While in our care, many receive job training, college prep classes and opportunities to pursue their GED and all DMH facilities operate an accredited school.

Troupe said the state had no real argument regarding a general lack of resources.

"This is a matter of what should come first: the chicken or the egg. We're not going to have community service when these long-term institutional facilities are eating up all the money," Troupe said. "Some of the kids there might need long-term care, but they need more than facility service. They need help coping in the community after they get out, because the day they turn 18 they open the door and turn them out."

Troupe said community-based treatment for the mentally ill has been proven in other states to be as effective and less expensive than institutional health care.