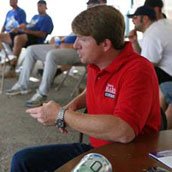 Sen. David Baria, D-Bay St. Louis, successfully added an amendment to a bill by voice vote yesterday that continues the state's annual $20 million payment to the Mississippi Windstorm Underwriting Association Reinsurance Assistance Fund, also called the wind pool. The measure passed the Senate unanimously, reports The Sun Herald and is on its way to the House.

The wind pool exists to reduce insurance premiums on the homes of the state's hurricane-plagued coast. Monday, Barbour vetoed a bill that would have extended the repealer on the diversion, enacted since 2007, claiming the state had already met its obligation.

"According to the Mississippi State Tax Commission, Mississippi has made good on its promise to pay $20 million during fiscal years 2007 through 2009. For Fiscal Year 2010, the state has already deposited $10 million into this fund and is slated to pay the remaining $10 million before June 30, 2010. Thus, at the end of this fiscal year all of our statutory obligations to the wind pool will have been fulfilled, with no need for this legislation," Barbour wrote in his veto message.

Baria complained, however, that by ending the diversion, Barbour is increasing insurance premiums for everybody in the lower three counties of the state.

"That $20 million goes to purchase re-insurance to keep premiums at or around the same level. Given the fact that it's already virtually impossible to find or afford insurance, the governor's made it that much more difficult to build on the coast," Baria said. "Everybody knows the coastal economy prior to Katrina was a real catalyst for this state. I don't think we're ready to ignore the people who live down by the water. It's an important part of our economy. Rather than being an insurer of last resort, the fund is becoming the insurer of only resort for those of us who live down in those lower three counties."