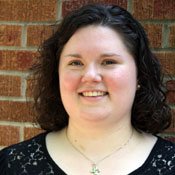 Millsaps student Katie O'Neal Sorey is the recipient of a $2,000 fellowship from The Fund for Theological Education.

Katie O'Neal Sorey began to get a sense of her life's purpose when she was 14 years old. While attending the Galloway Memorial United Methodist Church's annual Mission Fest, a conference based on service and worship, she had the opportunity to work with the homeless at Gateway Rescue Mission.

"I was being called to do something bigger than myself, and it just felt like God was calling me to do something to help people, and for the past seven years I've been trying to discern what that meant. I think it's manifesting itself in ordination in the Methodist church," she says.

Since then, Sorey, 21, has gained experience in ministry locally and internationally. In a field where only a small percent of clergy members are under 35, Sorey is an exception. The Brandon native and Millsaps College senior is pursuing a major in religious studies, has aspirations to become a preacher.

The Fund for Theological Education recently awarded her a $2,000 fellowship because of her service and enthusiasm for her ministry studies. She hopes to use the fellowship to fund a trip to South Africa, where she plans to work promoting understanding among different races.

At Millsaps, Sorey is a member of the Campus Ministry Team, co-chair of the Chapel Committee and president of the organization Considering a Life of Ministry and Service. Last semester she preached at several campus events.

In the future Sorey says she would like to concentrate her energy on racial reconciliation. She says her peace, religion and justice class inspired her to take on the issue after she read about Martin Luther King Jr. and the civil-rights movement.

When she graduates next May, Sorey would like to go to seminary. She says starting her career in Mississippi is a strong possibility because she sees lots of opportunities to work with racial reconciliation and inter-faith ministries.

"I am really interested in those ministries that bring together groups that are separated or polarized to try to bring about healing and unity to within these fractured groups," she says.