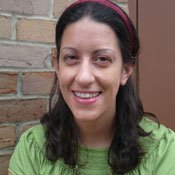 I arrived in Metz, France, in fall 2007 equipped with new degrees in English literature and French, and enough clothes to survive the reportedly bitter winter. In the middle of the Lycée Cormontaigne high school campus, where I would be working as an English teaching assistant, stood a remnant from one or both of the World Wars. I walked beside that disused army bunker on Oct. 1, my first day of work, not knowing that I would soon be under fire myself.

My first visit to every classroom was a question-and-answer session, and the students began their questions harmlessly enough: "How old are you?" "Do you have any brothers or sisters?" "Do you have any pets?" But the atmosphere changed tangibly when I showed them Mississippi—or "Mississipi" on the French maps; in French it inexplicably lacks one p.

Then, the real interrogation began.

Racism, as it turns out, is a cultural theme that students learn about when studying English, just like students studying Spanish in the U.S. learn about Cinco de Mayo and students studying French learn about the Eiffel Tower. My terminale students, those in their senior year, had just covered a unit on racism and fearlessly fired questions at me: "Is Mississippi racist?" "Is it still segregated?" "Are you a racist?"

At first I was cavalier with my answers. Racism was really not so bad these days, I insisted. And of course, segregation ended in the 1960s. But later, I realized that as a middle-class white person, the fact that I hadn't observed much racism did not mean that it didn't exist, and I realized how much segregation still exists today—though not enforced by law—in neighborhoods and public schools. After so much reflection, my responses to these questions were not longer so clear.

After a month or so, the novelty of my southern-ness wore off, and the students moved on to other subjects in their books. Still, the damage was done to my psyche, and I spent several nights crying on the shoulder of my new Spanish boyfriend, Carlos, telling him that I never wanted to come back to horrible, racist Mississippi.

After two years of teaching in France, I joined Carlos on the southern coast of Spain in Almería, a beach town. Algeria and Morocco lay just a brief ferry ride across the blue Mediterranean. Since Spanish people did not seem know a lot about the U.S. history, I felt more comfortable saying where I was from. But when most of them think about the U.S., they picture California or New York City, so I ended up citing Mississippi's superlative statistics about being the fattest, poorest, least literate to explain where I was from—and why it is nothing like their image of a bustling metropolis like New York City.

In January 2010, my co-workers asked me to give a presentation about Mississippi to the students at the public-language school where I worked.

I sat down to a blank PowerPoint presentation, wondering how I could portray my state to an auditorium full of people who knew nothing about it. Despite my desire to only talk about the good stuff—the art, the authors, the music—I knew that ignoring slavery, the Civil Rights Movement and the plight of Native Americans would be dishonest. My voice shook as I talked about Freedom Summer and the Ku Klux Klan, but I was proud when I finally got to tell them about the culture our history has inspired. My students commended me on my honest presentation, and I felt like I had gotten something enormous off my chest—the good and the bad and, particularly, the complexity of my state.

I returned in late spring of this year to spend the summer at home after three years. And for the first time in a long time, I am genuinely happy to be home. And it's not just because people don't chant "Tom Sawyer!" wherever I go, despite the many times I tell them that he had nothing to do with where I'm from.

Part of it has come from realizing that there is no place without racism or discrimination. In France, I picked up on racism, particularly against Algerians, although it was subtle and often veiled under terms such as "national identity." In Spain, the discrimination is much more outright, and it is not uncommon in a normal conversation for people to deride minorities such as Gypsies, South Americans and Moroccans.

The U.S. South and South Africa have been pigeonholed as the "racist places" of the world even though some form of discrimination exists in every corner of the globe. Realizing that there is no such thing as a place with complete racial harmony led me one step closer to coming to terms with my home.

I still know that Mississippi has a long way to go. But this summer in Jackson, particularly while working at the Jackson Free Press, I have seen so many people investing time, energy and money to create a better, united community, and that is not something I have seen much in my travels.

It is not enough to convince me to stay—I am heading back to Spain in September—but this time I'll go with a stronger sense of home. I won't offer up any damning statistics when people ask me where I'm from, but I won't shy away from the hard questions, either. Most importantly, I won't feel shame about where I'm from. Achieving that has been a long journey.

Madison native Kate Brantley attended Madison Central High School and Birmingham-Southern College. After that, she moved to France to find herself and got even more lost in the process.