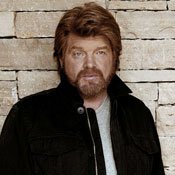 The Mississippi Museum of Art is hosting its next Art Remix indoor/outdoor music party this Friday night with local bluesman Sherman Lee Dillon inside from 5-8 p.m.; John Paul Keith & The One Four Fives outside from 7:30-8:30 p.m.; and the female alt-country trio Those Darlins outside from 8:30-10 p.m. Tickets are $25 at the door. Also, this Friday night local favorites Furrows return with roots rockers Passenger Jones to Sneaky Bean in Fondren, 8 p.m. This will be an all-ages show. Hal & Mal's brings country singer-songwriter Mac McAnally back to the Big Room this Friday night. If you miss Furrows at Sneaky Bean Friday, they'll be at Martin's Saturday.

If you want to hit the road this weekend, try the WCPR Fest at the Biloxi Coliseum this Saturday with Limp Bizkit, Aaron Lewis (of Staind), Buckcherry, Trapt and Sick Puppies starting at 4 p.m. $45, 979cprrocks.com. F. Jones Corner on Farish Street will continue its free Dog Days of Summer outdoor concert this Sunday, 6-10 p.m. The Eudora Welty Commons hosts the Mississippi Improv Alliance this Sunday at 2 p.m., featuring several dance and music improvisation ensembles. A $5 donation is suggested.

Catch a quadruple bill, all-ages metal show at Fire this coming Tuesday, July 13, 7:30 p.m. The experimental metal L.A. band Otep will headline, with Iwrestledabearonce, Stray From The Path and Bury Tomorrow starting at 7:30 p.m. F. Jones Corner hosts a Beer & Bones Backyard Grilling Competition next Saturday, July 17, noon-5 p.m. $10. Music and art will round things out. Music performers include Iron Feathers, The Peoples, The Xtremez, M.O.S.S., The Electric Mudd and Sherman Lee Dillon's Mississippi Sound. Grammy-nominated bluesman Sunny Ridell also will perform that evening starting at 11:30 p.m. on into the late night. Call 601-983-1148 for more information or to enter the competition. Also, next Saturday, July 17, Star & Micey and Apartment 5 will perform at Ole Tavern, 10 p.m. Then jazz-funk super group Good Enough for Good Times with members of Galactic and the Charlie Hunter Trio will return to Martin's next Saturday.

Mark your calendars for '80s W.C. Don's favorite Beanland's frontman George McConnell when he returns to Martin's Saturday, July 24. That night also boasts another old Don's alt.southern rock favorite Drivin' n' Cryin at Fire. But be sure to start the night of July 24 off downtown at the 6th annual JFP Chick Ball in the Hal & Mal's Red Room, beginning at 6 p.m. $5. (From what I hear, chicks and their, er, arm candy may take over all of Hal & Mal's completely.) Stay tuned for the complete line-up. It'll be a pretty big night on Commerce Street downtown that Saturday.

Pollstar.com just announced that George Clinton & Parliament Funkadelic will be at the Jackson Coliseum Saturday, Aug. 21. Be-Bop will have tickets available soon. The Voodoo Music Experience, the nation's best-known Halloween weekend music event has announced this year's line-up. It includes Muse, Ozzy, MGMT, Metric, Interpol, Hot Chip, Weezer, My Morning Jacket, Drake, Paul Oakenfold and Innerpartysystem. The three-day passes will go up in price after the day-to-day schedule comes out in the coming months. Find out more or lock in the cheaper passes at http://www.thevoodooexperience.com.

Are you ready for that summertime road trip? Mates of State and She & Him are in Birmingham this Saturday. Robert Plant is at the Orpheum in Memphis next Tuesday, July 13. The Offspring with 311 will be at Mud Island in Memphis, Sunday, July 18. Tickets are on sale now for Deer Tick and Dead Confederate at Proud Larry's in Oxford, Tuesday, Aug. 3, for $10.