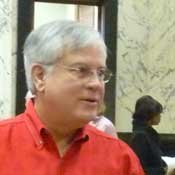 In 2007, legislators and Gov. Haley Barbour approved a $293.9 million incentive package for Toyota Motor Corp. to cover costs for infrastructure for the 1,700-acre site, including new roads, water and sewer lines. Toyota initially slated the plant to open its doors in 2010, but set back its prediction after the economy tanked. Planners also changed the plant's manufacturing design, switching its production from off-road vehicles to gas-saving hybrid cars.

State Treasurer Tate Reeves presented a budgetary overview to the joint appropriations committee this morning showing that the state converted $165 million of its investment into the Toyota plant site into long-term debt. Reeves also revealed that the state's total bonded indebtedness will rise dangerously close to $3.5 billion in 2010, prompting Stringer to voice misgivings in the face of plummeting revenue shortfalls.

"They've been meeting their county obligations, but not to the state. We've already paid $18 million in interest, so add that $18 million to the $165 we've already invested in them. That's the total that we've got in it, but we don't have any jobs."

Reeves said he was confident that the Toyota plant would eventually pay off.

"We have a memorandum of understanding in place, such that if they were to never open we wouldn't owe anything. They would owe it all," Reeves said. "They've gone above and beyond what their contract even requires them to do, and I'm confident they'll be fully open when the global demand of their automobiles improves."

The beef plant was all smoke and mirrors from the outset. I'm pretty sure the Toyota plant in Blue Springs was and still could be a great investment for the state of Misissippi. A large majority of people didn't see the financial crisis coming, and no one expected the bottom to fall out of the auto industry. Everything will come full circle soon enough, and Toyota will return.

I'd agree that the metaphor doesn't apply from the point of view of the *cause* behind why the Toyota plan was wooed with the remarkable package of incentives that it was. I was just hearing on NPR's Marketplace last night, however, that there's a GLOBAL overcapacity in auto making of 50%, and that the markets likely to bounce back first are not the U.S., but China and India. (In fact, if I remember correctly, they've already overtaken us in raw numbers, which is a reversal from just a few years ago.) So, from the point of view of *effect* (as opposed to *cause*) there may be some logic to what Stringer is saying. It's possible Haley's eyes got too big for his stomach when it came to woo-ing the Toyota plant -- not evil intent, but an over-reliance on big, corporate solutions to Mississippi's jobs challenges. Too many eggs in one basket. "We have a memorandum of understanding in place, such that if they were to never open we wouldn't owe anything. They would owe it all," Reeves said. That's...hopefully true ;-)...and would certain seem to speak to Stringer's concerns. Question is...when is the determination made and are we making interest payments, etc., on the long-term debt in the meantime. "They've gone above and beyond what their contract even requires them to do, and I'm confident they'll be fully open when the global demand of their automobiles improves." That could be wishful thinking and begs the question -- will the economics of a Mississippi-based Toyota plant allow them to make cars that would be competitive globally (as opposed to just in the U.S.)?