Board Asking for Federal Money for Levees 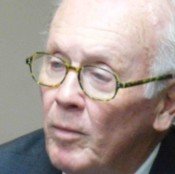 Jackson developer and member of the levee board, Leland Speed says the Corps has duped Rankin mayors into believing their plan is adequate to protect Jackson from severe flooding.

The Rankin-Hinds Pearl Flood and Drainage Control District Levee Board approved discussions with Mississippi's U.S. delegation, including Sen. Thad Cochran and Rep. Bennie Thompson over how to draw down a portion of the $133 million federal allotment for flood control for the Pearl River between Hinds and Rankin counties.

Late in 2009, the board decided to support the U.S. Army Corps of Engineers' choice of a levees-only plan instead of a lake plan for flood control. It now is moving to iron out details on beginning the drawdown of federal money in preparation for a final report on levee construction, which the Corps estimated would cost about $1 million.

"We need to establish some type of meeting with Congress to move forward with this information. We need the authority to go ahead and set up meetings to try to get the time worked out, (and) authorize this travel to Washington so when we get to Vicksburg we won't have to come back and do this," Board Chairman Billy Orr said.

Board members Leland Speed and Socrates Garrett, both of whom favor a Corps-rejected Two Lakes plan, argued against the motion. Speed described the vote as a "ready, fire, aim" issue because the board had not achieved any unity among its members as to whether or not it should go with the Corps-endorsed levee plan, although a binding majority voted for levees in December.

"I have some serious reservations about the effectiveness of this (levee) plan. We don't know if the levee will, in fact, deliver flood control," Speed said. "...this body voted to create a technical advisory committee. I would like to see that committee move forward so we can have our fears resolved. The impression is that we don't have a clear census on a technical collaboration. So moving forward like this blows my mind."

Jackson Mayor Harvey Johnson, Jr., who voted with other members in approving the levees-only plan last year, argued that the motion served only to move forward with working out money issues.

"It's a straightforward motion, allowing the board the authorization to get with the (Mississippi) delegation about this funding," Johnson said. "I don't see how this motion runs counter to the discussion (of flood control concerns.)

The board voted in favor of the motion.