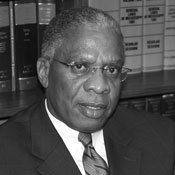 The 90-day legislative session will creep past the halfway mark this week, and the clock ticks on plenty of legislative efforts, including the deadline to except or trash fiscal-year 2011 appropriation and revenue bills.

The Senate surprised everyone last week by approving the budget reconciliation act, S.B. 2688, which restores a total of $79 million in cuts enacted by Gov. Haley Barbour for fiscal-year 2011. The Senate voted 26-22 to concur with an amendment that the House approved last week, restoring cuts to the Mississippi Adequate Education Program—which steers state money to under-served districts with low revenue—and to district attorney offices and other agencies around the state. The vote, though narrow, was an odd deviation from the Senate's usual habit of swallowing every demand the governor hands it. The governor mandates cuts over any attempt to shore up revenues through tax increases, but the state's 2010 budget has already had to contend with numerous reductions instituted by the governor, including hits to K-12 public education, leaving district officials panicked.

"A lot of Republicans, as well as conservative Democrats, are feeling the pressure back home to restore some of these cuts," said Sen. John Horhn, D-Jackson, who was not present at the vote, but said he supported it. "They're hearing that the state is suffering irreparable harm, especially in terms of education, if they don't do something to restore the money. You can only cut so much before doing serious damage."

Democrats are already gearing up to attack the governor's plan to veto the conciliation, which they say represents a compromise between an even bigger request by the House to return money to the state budget and Republicans' desire to follow Barbour. Barbour put his priorities on the Department of Corrections over education last week, threatening to steer money out of the state's education budget into the Department of Corrections, if corrections suffered the kind of cuts the reconciliation bill envisions.

"The governor seems to put more stock in keeping marijuana smokers and bad-check writers in jail than he does educating the children of Mississippi and making sure that our mental-health patients get the services they need," Flaggs said in a statement. "I was extremely disappointed to hear of the governor's plans, and I am hoping and praying he will do the right thing."

Bills that survived a House floor vote last week include H.B. 963, a bill that creates a study committee to determine the feasibility of and the need to use net metering by state residents and the use of a clean renewable energy tax credit for businesses and homeowners. The bill could be the next step in either approving or shutting down the possibility of homeowners receiving a state tax credit for installing solar panels or wind generators.

Rep John Mayo, D-Clarksdale, praised the fact that the bill would lead to an increase in the price of many sweetened beverages, and said it would not only raise revenue for the state's ailing coffers, but also have a tremendous impact upon the state's terrible history with childhood obesity.

The John C. Stennis Institute of Government released a report last week showing that Mississippi has the highest obesity rate in the United States, with an adult rate of 33.4 percent compared to a national rate of 26.7 percent in 2008.

Mayo said his bill was currently sitting in the House Ways and Means Committee, but he did not have high hopes for it.

"It won't die until Wednesday, but I don't have high expectations," Mayo said. "Still, this is just the first bat in the first inning. We expect this to be a long haul. I never expected the issue to get this much buzz the first time out. It shows the passion people have over this issue."

"My ending point (in the House debate) was that people who choose to drink sugared drinks, to be couch potatoes, to eat until they fall asleep are free to do that, but their eventual health care falls on those who choose to be healthy," Mayo said, referencing state Medicaid costs.