Levee Board Hopeful on Lake 255 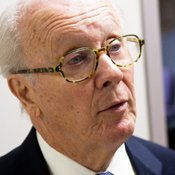 Members of the Rankin-Hinds Pearl River Flood and Drainage Control District are hopeful that Mississippi's congressional delegation will strong-arm top officials at the U.S. Army Corps of Engineers into reconsidering a Corps-rejected Lake 255 on the Pearl River.

"Now that we have voted together, they are really anxious to help us. I was pleased with the tone of the meeting."

Levee Board members decided to lobby state senators and representatives after the U.S. Army Corps of Engineers shot down the board's desire to marry the Corps' levee expansion plan with a smaller lake project to promote lakeside real-estate development.

Corps of Engineers Col. Jeffrey Eckstein told board members in a June letter that the Corps would not resume any further study of flood control along the Pearl River "for the purpose of considering any impoundment alternatives or private development features."

Board members who support the Lake 255 plan argue that the benefit of a new development would help convince voters to pay the federal match requirement to build the levees.

The Corps is currently pressing the Levee Board to approve a plan almost identical to a levee expansion plan the Corps approved in 1996—with the exception of a small levee expansion in Richland. State legislators, such as Rep. Bill Denny, R-Jackson, supported a state bill in 1996 that would have funded the state's 50 percent matching requirement for the Corps-endorsed levee expansion. Legislators outside Jackson, however, did not support the bill, despite more than $200 million in flood damages resulting from the 1970's Easter Flood.

"I said time and time again to opponents trying to kill my effort: ‘you and your cow pastures are ignoring one of the most densely populated parts of the state,' and it just didn't seem to matter to them," Denny told the Jackson Free Press in February.

Denny said he doubted the Legislature would support state financing of another levee plan next session, and that local residents would not agree to accept a property tax hike financing the federal match requirement without the benefit of new revenue from lakefront property.

Lake supporters on the levee board complain that the Corps, by rejecting the lake component of flood control, is out of compliance with the requirements of Section 3104 of the Water Resources Development Act of 2007, which "directs the secretary of the Army to give consideration to a locally preferred option as an alternative to the levee plan."

U.S. senators and Jackson metro representatives weighed in on the issue and sent an Aug. 5 letter to the U.S. Army Corps of Engineers, urging the Corps to include a small lake design in its preferred levees-only plan. The proposed "one lake," or Lake 255, plan does not flood valuable wetlands north of Lakeland Drive.

"We are pleased that the Levee Board has made this decision (on the Lake 255 design)," the letter states. "However, we understand that in order to finalize the pre-construction phase, the Vicksburg District of the United States Army Corps of Engineers must complete the formulation process by resuming the terminated feasibility study, with the addition of the locally preferred one lake plan, and completing said study report."

The letter urges the Corps to follow the flood-control plan, featuring Lake 255, with an environmental impact statement and a third-party review by a Corps affiliate division. The process also includes a study of the technical feasibility of the plan and scrutiny by the U.S. Fish and Wildlife Service.

Waggoner Engineering Inc. project engineer Barry Royals said he believed the updated plan stood a better chance of Corps approval because it only floods a section of the Pearl River.

Board members approved the smaller Lake 255 because the federal government is not likely allow a lake plan that inundates wetlands containing endangered species, such as the native ringed map turtle.

The project has an estimated cost of about $600 million, although the cost could either shrink or increase as a numerous federal agencies vet it. The Levee Board upgraded the Lake 255 plan last month to extend the lake beyond an unused landfill on the Hinds County side of the river, which could hike project costs.

Royals could not offer an estimate on the cost to remove the landfill, which could bottleneck flood control as well as stifle some development on the Jackson side of the river.

The land on the immediate north side of the levee that is bordered by Flowood Drive on the west and Mangum drive on the east has been turned into a series of rectangular shaped lakes. The land had been previously tagged for residential or commercial development by Primos Realty. That sign no longer exists and for the past couple of years large earth moving equipment has been a fixture on the site. A view of the property via Google Earth shows a network of small rectangular or square shaped lakes each bordered by small levees of equal dimensions. If it were not for the dirt borders it looks exactly like some type of water treatment plant. What on earth are they doing on that private property. The levee that runs adjacent to the property is the only levee in the Jackson Metro area that posts not just signs stating "No motorized vehicles allowed on levee" but as of 2 years ago, approximately when this lake project began, the old sign was replaced with one stating "NO TRESPASSING, VIOLATORS WILL BE PROSECUTED". This stretch of the levee like the one that runs behind the YMCA off I-55 was a popular jogging and bicycle trek. If you do dare go for a run on this section of the levee you better run like an olympian because, trust me, the Pearl police actually stake out the area for violators. What is the harm in allowing people to exercise on a safe well maintained track of public land? Instead you have to take your life in your hands and jog or bike on Pearl's streets as sidewalks do not exist. For 15 years I exercised on that stretch of the levee and now it's as if I've violated a no fly zone piloting a stealth bomber. What gives?? Please tell me those lakes/ponds are not coal waste ponds like the one that recently gave way in TN shocking the residents nearby as they did not even know it existed. Anyone know what these could be or why the recent crack down loitering levee joggers lol?