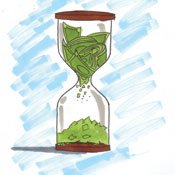 "This is money that was granted to give people jobs, but I don't think they really know how to use it right," said Hegman, owner of Mississippi Solar. "They've never had the resources to handle it, and their people just aren't trained, for whatever reason. I think they bungled it."

Gov. Haley Barbour announced the launch of the Subsidized Transitional Employment Program and Services, or STEPS, Sept. 15, 2009, as a means to coax new hiring by subsidizing wages for new employees over a six-month period. The American Recovery and Reinvestment Act allotted the state $52 million for job preservation or creation, which the state opted to pay to businesses to finance the new salaries. The Mississippi Department of Human Services and the Mississippi Department of Employment Security manage the venture jointly.

The program is available to job-seekers who are state residents, 18 years of age or older, who have at least one child living in their home under age 18. The employee must also fall at or below 250 percent of the federal poverty guideline ($45,775 for a family of three). The program, which according to its state description reimburses employers "monthly for the wages that were paid to the (STEPS) participant and the employer tax match associated with the participant (FICA and Medicare)," is not available to temporary work agencies.

So far, however, the state has only spent half the allotted funds, according to Barbara Hicks, director of the Office of Customer Operations at the Mississippi Department of Employment Security.

"We've got more to go," Hicks said. "I don't know the exact dollar amount ... but Sept. 30 is the deadline. (That deadline) can only be extended by Congress."

"I don't understand how that happened," Hegman said. "A representative of the Mississippi Development Authority came to me with the program. They said it was tailor-made for our company."

Hegman said he picked Jenkins, an East Central Community College graduate, from a list of resumes. Hegman sent Jenkins to the WIN Job Center in Philadelphia in October, but told the Jackson Free Press that employees at the center did not return calls for months. Desperate for an employee, Hegman asked WIN counselors if he could hire Jenkins on a part-time basis and allow her to retain her eligibility for STEPS.

"I spent an afternoon on the phone trying to get an answer on that," Hegman said. "I called 22 people associated with STEPS. Eighteen of them were out of the office or in meetings. The other four didn't know the answer to my question. I hired Windie as part-time, and me and my accountant kept calling them every week. They always said they'd get back, and they never, ever did. They never did."

Hicks said the governor made his September announcement before the program was ready, and that the program wasn't ready to go until December. "This was so brand new and so unique, (the Mississippi Department of) Human Services, which had the TANF dollars, wanted to study it a little bit more, and that kind of delayed it," Hicks said.

Information about the program was available on the STEPS website in October, but Hegman said the rules weren't clear and required clarification from a STEPS counselor.

"They could have called us to tell us this," said Hegman, who learned in January, after hiring Jenkins, that her part-time employment disqualified her from STEPS participation. "They told us I would have to fire her and hire somebody else who qualified. Can you believe that?"

Hegman said he has not released Jenkins from employment, but is not sure how much longer he can afford her wages.

Hicks, who said she speaks for the WIN Job Center in Philadelphia, as well as the job centers in the rest of the state, confirmed that Jenkins no longer qualified for STEPS placement with Mississippi Solar because the program policy restricts an employer from firing an employee for the express purpose of bringing them back on under a STEPS-subsidized wage. That restriction also pertains to part-time workers.

The director said the slow callbacks in Philadelphia were due to the sate of the job market. "Unemployment is at an all-time high. We have a lot more people looking for employment because of the economic situation. ... We have the same amount of people (working) in the WIN center as we did before the economic downturn. But we have so many customers (that) their wait time will be a little longer," Hicks said.

Faced with the prospect of having to send half its $52 million allotment back to the federal government in September, MDES created two new branches of the STEPS program in June. Hicks said the state invested $10 million of the $52 million into the Summer STEPS program for individuals age 18 to 24 and another $3 million for STEPS New Start, an entrepreneurial program that offers grants of up to $5,000 to people looking to start new businesses. The goal of the program, Hicks said, is to connect 3,500 employees with employers before Sept. 30. Last Friday, she said the program had 2,240 employees receiving subsidized wages through the program.

But pickings appear slim to anyone searching for STEPS jobs through the program's state website, which only listed seven STEPS-eligible jobs within a 50-mile radius of the city of Jackson on Tuesday. Forty-eight STEPS jobs existed within a 200 mile-radius of a north Jackson ZIP code--the entirety of the state--and only 47 listings within 100 miles of the same code.

Many of those STEPS-eligible openings that are on the website require industry-specific training, such as journeyman electrician certification or nurse certification, and linger unfilled on the site for weeks..

Hicks said the website does not consist of the entirety of the employer database, however. "We have representatives at our WIN Centers who go out to employers throughout their communities and solicit--tell them about the program, and give them information and if they're interested, we'll sign up those employers to participate," Hicks said, adding that many jobs never make it to the website because STEPS-certified employment counselors personally connect employers with a list of potential employees as counselors solicit the program to employers.

Hicks added that some employers also approach the agency with potential employees that they would like to enroll in the program, although these "reverse referrals" do not comprise a significant portion of hires, Hicks said.

Other states, such as Washington and Oregon, have used ARRA funding for employee training and job retention. The state of Oregon, which received $38 million in Recovery Act funds for job creation, job training and placement services, has already spent their funds, according to Tom Fuller, communications manager with Work Source Oregon Employment Department.

When I hear about this, I seriously get frustrated - because it gives businesses the opportunity to hire, while providing some relief from their operating capital!!!!!???? But of course its a democratic initiative so why would a republican/conservative state put some effort into it, whats in for them, but loss votes in an upcoming political cycle! Sad, something that can really do some good, will totally be ignored by those in power and people are not even aware of what the current state legislators are hiding from them!? It would be funny, if it almost weren't so cynical!

This is sorry! To think of the many counties here in MS who are facing double-digit unemployment and this stupid state would have the gall to be at risk for returning over 26 million dollars back to the government. This is by design: Keeping employment figures high is thought by many in this part of the country as keeping President Obama's approval ratings LOW. It doesn't matter how many people are having to face their children with the bad news of not having any money. Shame on you MIssissippi! PS. Stop using that old stale story, "We don't know." Let's be honest, far too many "just don't care!"

hey Jess I fussed about this on another website, but there was a soft ball pitch for the program, but not real initiative behind it to move it forward! It's all hard line politics and the undereducated and working poor are paying the highest price for this being ignored. It's sad, really sad!