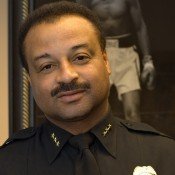 Using FBI statistics that the agency warns not to take out of context, The Clarion-Ledger reported a 9.3 increase in violent crime for the Jackson area this morning.

"Each year when crime in the United States is published, some entities use reported figures to compile rankings of cities and counties," the FBI warns in a pop-up window on its Web site. "These rough rankings provide no insight into the numerous variables that mold crime in a particular town, city, county, state or region. Consequently, they lead to simplistic and/or incomplete analyses that often create misleading perceptions adversely affecting communities and their residents."

The FBI warns that valid assessments are possible "only with careful study and analysis of the range of unique conditions affecting each local law enforcement jurisdiction," and urges data users against comparing statistical data of individual reporting units from cities, metropolitan areas, states, or colleges or universities solely on the basis of their population coverage or student enrollment.

Jackson Assistant Police Chief Lee Vance said the FBI is using old statistics, however, and reports that the city is currently experiencing a decrease in crime this year.

"If you want to do a story on old numbers then you can follow the FBI angle and nothing else," Vance told the Jackson Free Press. "The numbers are a comparison of 2007 to 2008, and this is Sept. 15 of 2009, which represents three-quarters of this year. So, in my opinion, the numbers have little value unless you only want to do a negative crime story."

Vance reports a 9.7 decrease in violent crime compared to this time last year. The city, Vance said, also enjoyed a 5.1 decrease in carjacking this year, as well as a 20.6 percent decrease in aggravated assaults. The homicide count is also low so far, with only 31 homicides reported, compared to a 50 homicides by September 2008.

"We've got a decrease in every violent crime category, except aggravated assault, which stayed the same compared to last year," Vance said. "We're looking forward, not backward.

The FBI pointed out that its information relies exclusively on the accuracy of local law enforcement reports, which could vary from city to city.

"One city may report more crime than a comparable one, not because there is more crime, but rather because its law enforcement agency, through proactive efforts, identifies more offenses," the FBI reports on its Web site. "Attitudes of the citizens toward crime and their crime reporting practices, especially concerning minor offenses, also have an impact on the volume of crimes known to police."

The statistics record a comparative drop in crime in the bedroom communities around Jackson, although Mississippi Immigrants Rights Alliance President Bill Chandler says the nativist views of surrounding law enforcement agencies in suburban counties like Rankin and Madison discourage the area's population of undocumented workers from reporting countless cases of aggravated assault, rape and robbery.

"Immigrants in the surrounding areas are constantly under attack by criminals, because they know undocumented workers don't usually have bank accounts and carry their money on them," Chandler said.

"Thanks to the viciousness of our state government, police and sheriffs, people are afraid to report crimes," he said. "We get most of our reports from Madison, Rankin, Scott counties and Warren County. Rarely does it happen in Jackson, because the Jackson police seem to be enforcing the law without worrying about whether a victim is documented or not."

You know, had the headline bothered to add "in 2008," that damn Clarion-Ledger story wouldn't have been quite as midleading. I've never seen that paper deal with a crime-statistics story well, or in context. Never once. That's a big reason we had to contend with Frank Melton as mayor for four years. Also, if you link to the scary Ledger story, notice the picture of the kid being arrested to the right of it. Who is he? What is the status of his case? Sloppy is as sloppy does.

I agree that the photo to the right of the story is sloppy. But you can always count on the Clarion-Ledger to serve up a black teenager on a perp walk, right? Goliath's shenanigans aside, the FBI stats do indicate one thing, which is that crime steadily grew worse under Frank Melton's "leadership." The great crime-fighting vigilante presided over the first increases in crime in Jackson since the '90s, though thankfully crime only increased by a modest amount. Now that Melton is out of office, crime is falling again. I am not saying that Melton was the cause of increased crime, but we can certainly say that his crime-fighting efforts were a miserable failure.

I'd wonder if people weren't inspired by Melton's lack of control, myself. Otherwise I never like to trust stastistics until I get to read the whole study.

Agreed, Brian (and Iron). It is almost bizarre how much crime increased under Melton. He seemed to, at best, created a culture of lawlessness, especially among many of the young people he claimed to help. Don't get me started: The topic of Melton v. the thugs, wink-wink, still makes me hyper-ventilate. And, yes, I've screenshotted that page in case the Ledger tries to slide in and tweak the headline or the photo. This is the very kind of story they specialized in when Johnson was mayor last time; Lord help us if they try to go down the same road. Although this time, at least, far fewer people will notice. You wouldn't believe how irrelevant they've become since you left Jackson, Brian. Talk about a fall. (Oh, and they've quietly picked up all the TDN boxes, too. Major victory for the JFP and our MIPA partners. Good ole free enterprise strikes again.)

I counted 12 times in the CL article they mention the numbers were for 2008. The very first sentence says "last year" as in 2008.

Guess you didn't see the HUGE headline on the site this a.m., Bubba? FBI: Violent crime up 9.3% in Jackson I haven't seen the print edition today, so not sure if it's plastered across it, too. (They do still do a print edition, right?)

I saw that, that's what made me read the article. Wonder if that's why they did that, to get people to read the article, maybe? Marketing tool for a newspaper? Flashy headline to get people to notice? And after reading the article I knew the numbers were for 2008, just like anybody else that read it also knew crime was down so far in 2009. I not a fan of the CL but how is reporting the truth negative? The FBI,Vance, and even you admit 2008 was a bad year for crime in Jackson. Headline aside, that just a snag to get people to read it, the truth is the truth. Crime was up in 2008 anybody could see that without the CL or the FBI.

Bubba, headlines are supposed to be as accurate as the stories. That headline is a textbook example of what not to do. Those were 2008 numbers, and now crime is dropping. That headline leads people to think the opposite. And, sadly, many people never read beyond sensationalistic headlines. People's ignorance about what's actually in the health-reform bill prove it. I know you're not in this business. What happens in tabloid journalism starts with the headlines, and people sue because they are libeled by headlines, even if the story that follows is more accurate. The Ledger should correct that headline and apologize for the implication. They won't, though. They've never cared about the impressions about crime they've spread, or the effects of them. They've never taken responsibility for the negative role they've played in the community. There are also some pretty dense tabloggers in this city who will pick up a headline like that and run with it without actually checking it out. That's how very harmful rumors get started.

The Ledger has gone from bad to worse. It is a shame that they seemingly get so much pleasure out of negative reporting. There is enought bad stuff to report on rather than magnifying and changing data/stories to fit their desire to make Jackson look BAD, BAD, BAD.